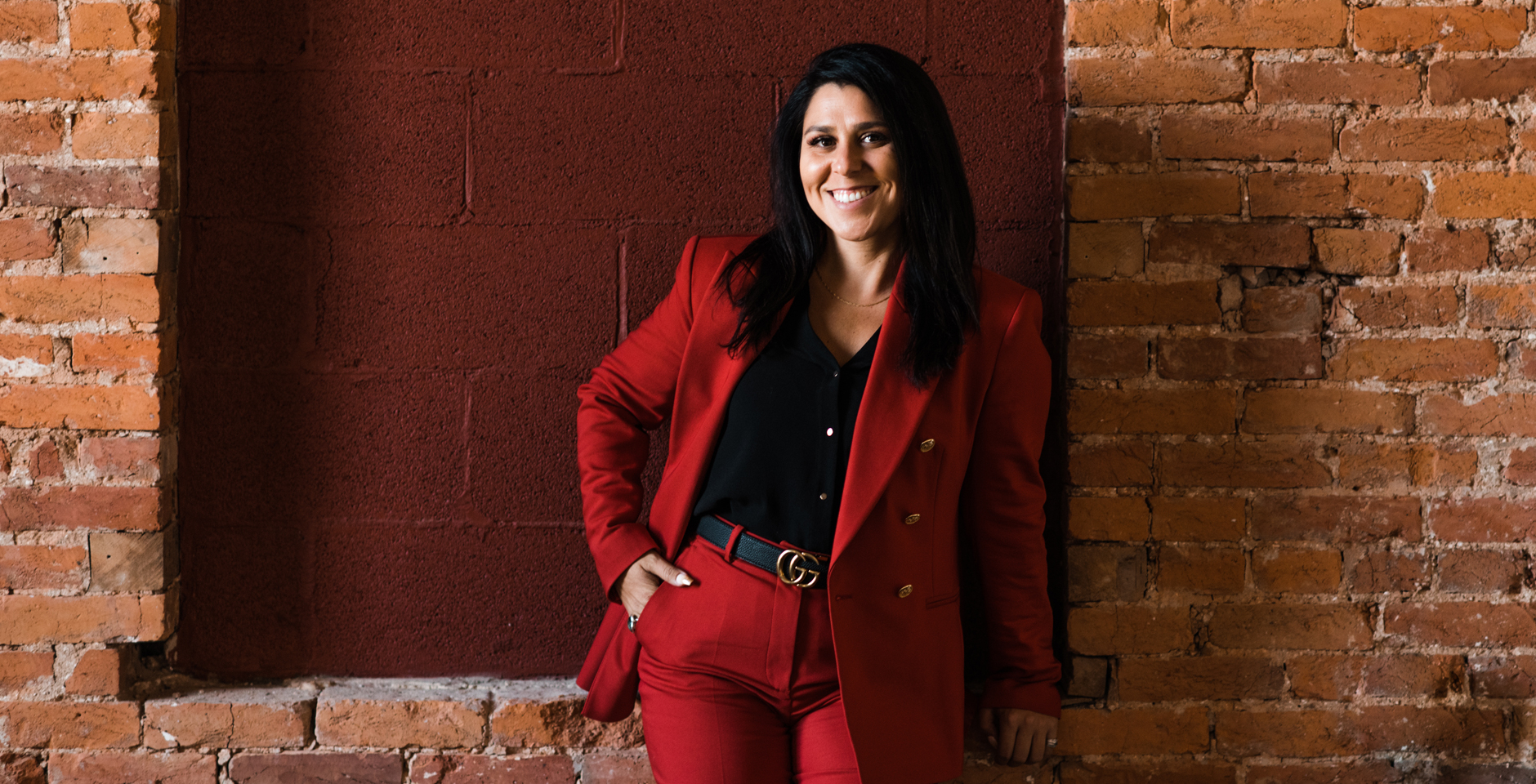 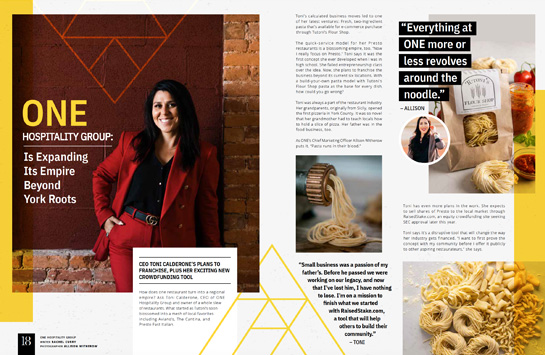 ONE Hospitality Group: Is Expanding Its Empire Beyond Roots

CEO TONI CALDERONE’S PLANS TO FRANCHISE, PLUS HER EXCITING NEW CROWDFUNDING TOOL
How does one restaurant turn into a regional empire? Ask Toni Calderone, CEO of ONE
Hospitality Group and owner of a whole slew of restaurants. What started as Tutoni’s soon blossomed into a mesh of local favorites including Aviano’s, The Cantina, and Presto Fast Italian. Toni’s calculated business moves led to one of her latest ventures: Fresh, two-ingredient pasta that’s available for e-commerce purchase through Tutoni’s Flour Shop.

The quick-service model for her Presto restaurants is a blossoming empire, too. “Now I really focus on Presto.” Toni says it was the first concept she ever developed when I was in high school. She failed entrepreneurship class over the idea. Now, she plans to franchise the business beyond its current six locations. With a build-your-own pasta model with Tutoni’s Flour Shop pasta as the base for every dish, how could you go wrong?

Toni was always a part of the restaurant industry. Her grandparents, originally from Sicily, opened the first pizzeria in York County. It was so novel that her grandmother had to teach locals how to hold a slice of pizza. Her father was in the food business, too.

As ONE’s Chief Marketing Officer Allison Witherow puts it, “Pasta runs in their blood.” Toni has even more plans in the work. She expects to sell shares of Presto to the local market through RaisedStake.com, an equity crowdfunding site seeking SEC approval later this year.

Toni says it’s a disruptive tool that will change the way her industry gets financed. “I want to first prove the concept with my community before I offer it publicly to other aspiring restaurateurs,” she says.

ONE plans to continue revitalizing York, and they’re starting with a new 15-room boutique hotel downtown. But the franchising capabilities of Presto, e-commerce potential of Tutoni’s Flour Shop and industry-shifting reach of RaisedStake.com all put ONE on a much wider stage.

What is your hope for York County in the next five years? “I’d love to see more of the county to come and experience what those of us in the city have been working diligently on with our restaurants, shopping, events and entertainment. I stayed here from Florida to contribute to the change happening, and although we have come a long way, we have much farther to go. The more patrons, the more the growth for our city!”
– Toni Calderone, CEO, ONE Hospitality Group