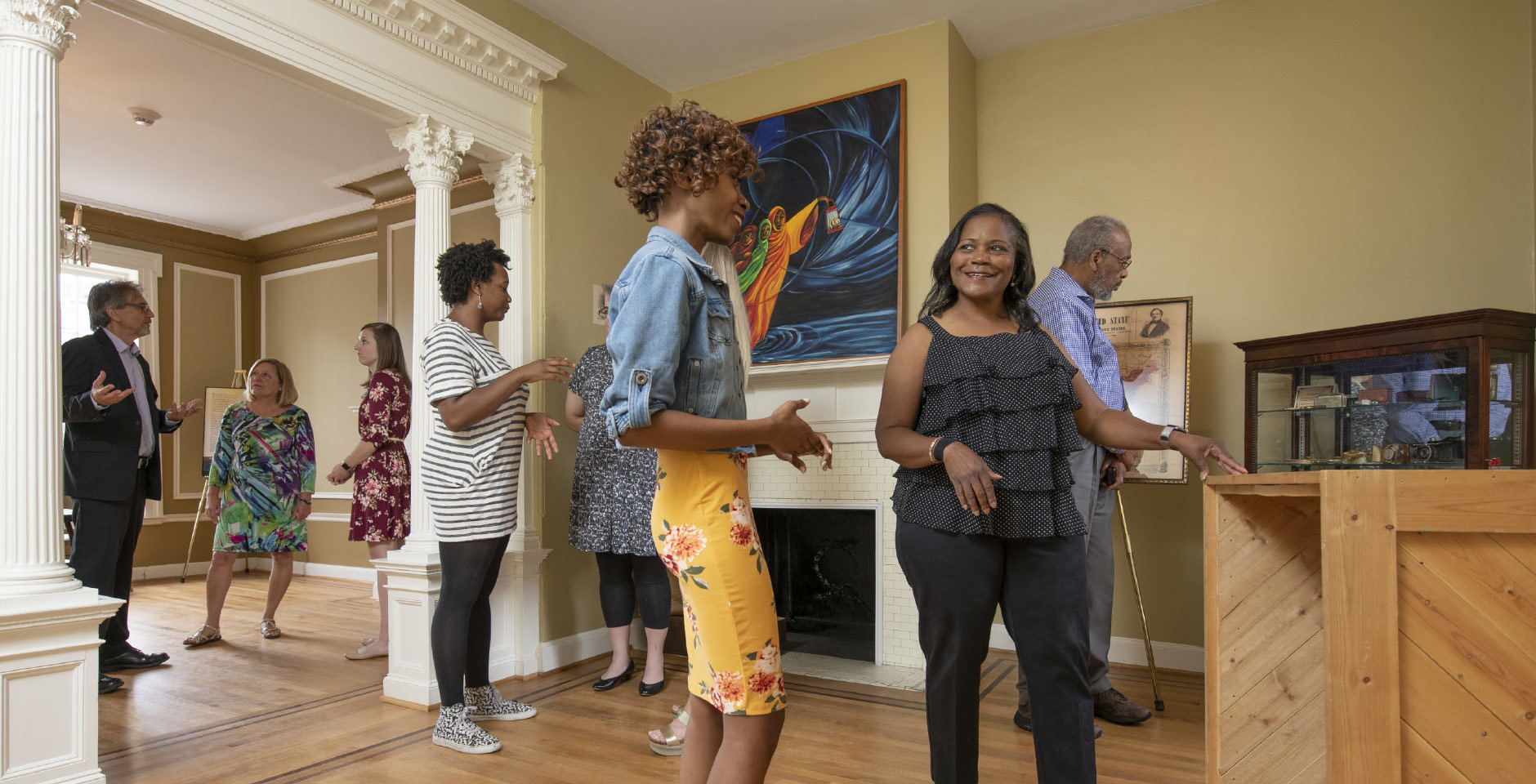 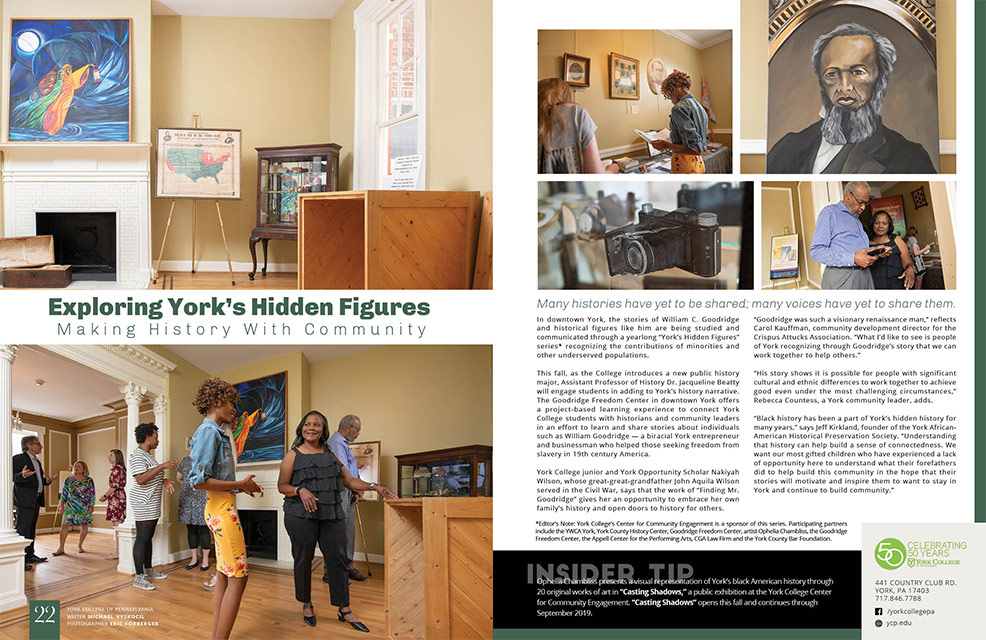 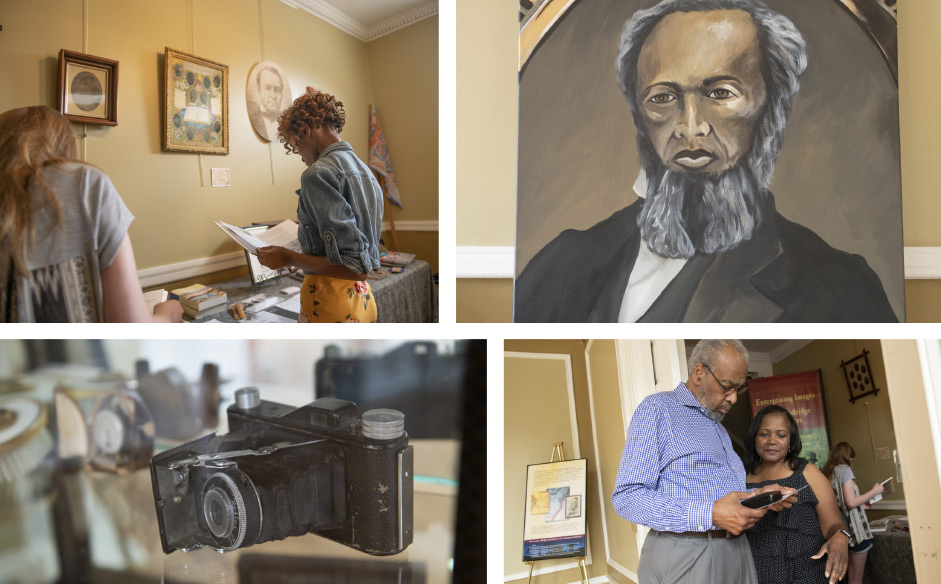 In downtown York, the stories of William C. Goodridge and historical figures like him are being studied and communicated through a yearlong “York’s Hidden Figures” series* recognizing the contributions of minorities and other underserved populations.

This fall, as the College introduces a new public history major, Assistant Professor of History Dr. Jacqueline Beatty will engage students in adding to York’s history narrative. The Goodridge Freedom Center in downtown York offers a project-based learning experience to connect York College students with historians and community leaders in an effort to learn and share stories about individuals such as William Goodridge — a biracial York entrepreneur and businessman who helped those seeking freedom from slavery in 19th century America.

York College junior and York Opportunity Scholar Nakiyah Wilson, whose great-great-grandfather John Aquila Wilson served in the Civil War, says that the work of “Finding Mr. Goodridge” gives her an opportunity to embrace her own family’s history and open doors to history for others.

“Goodridge was such a visionary renaissance man,” reflects Carol Kauffman, community development director for the Crispus Attucks Association. “What I’d like to see is people of York recognizing through Goodridge’s story that we can work together to help others.”

“His story shows it is possible for people with significant cultural and ethnic differences to work together to achieve good even under the most challenging circumstances,” Rebecca Countess, a York community leader, adds.

“Black history has been a part of York’s hidden history for many years,” says Jeff Kirkland, founder of the York African-American Historical Preservation Society. “Understanding that history can help build a sense of connectedness. We want our most gifted children who have experienced a lack of opportunity here to understand what their forefathers did to help build this community in the hope that their stories will motivate and inspire them to want to stay in York and continue to build community.”

Ophelia Chambliss presents a visual representation of York’s black American history through 20 original works of art in “Casting Shadows,” a public exhibition at the York College Center for Community Engagement. “Casting Shadows” opens this fall and continues through September 2019.