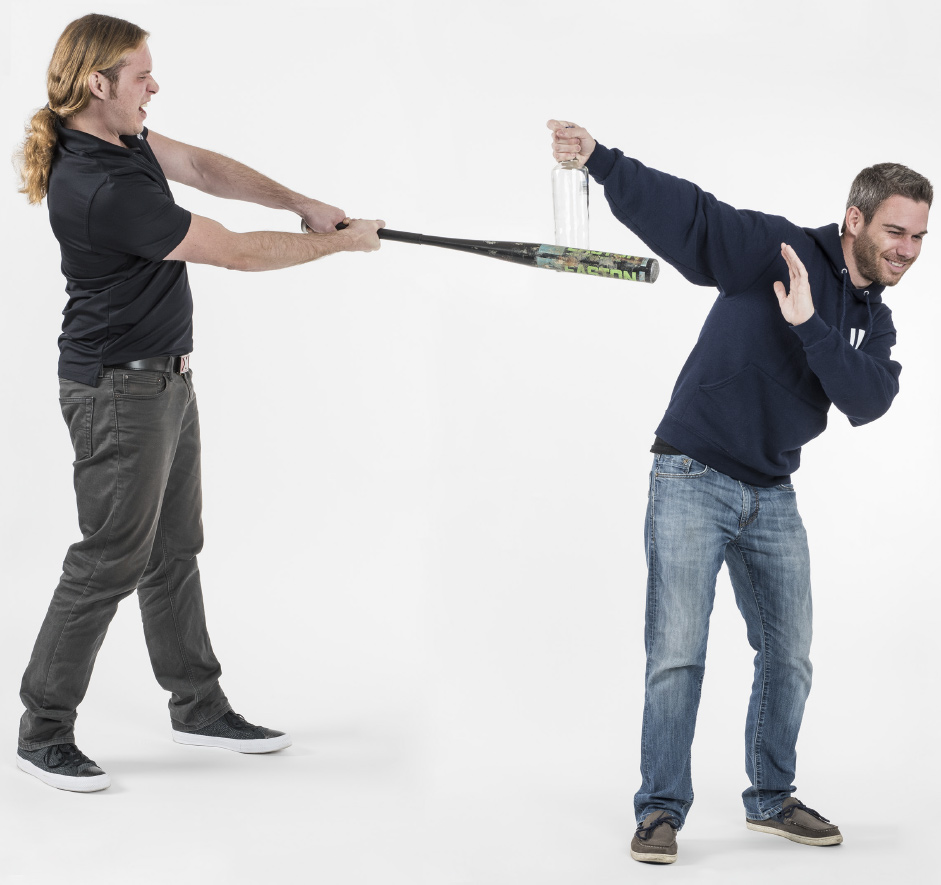 You don’t need to drop a paycheck for a lot of vanity. Your status doesn’t need to be defined by liquor brands that take themselves too seriously. To have an exceedingly fun social experience, all you need to do is HOLLA.

HOLLA Vodka is a fresh, millennial-inspired, made-to-mingle vodka without the extravagance.

York natives Matt Glaser and Patrick Shorb are the brand makers behind HOLLA Spirits. More than four years ago, the two decided they’d had enough of billion-dollar liquor brands trying to relate to them with products that were nothing but rebranded versions of the past or overpriced hype. Turning a hobby into a full-fledged spirits company, they worked with experts to develop a premium smooth-drinking, American grain-produced vodka: 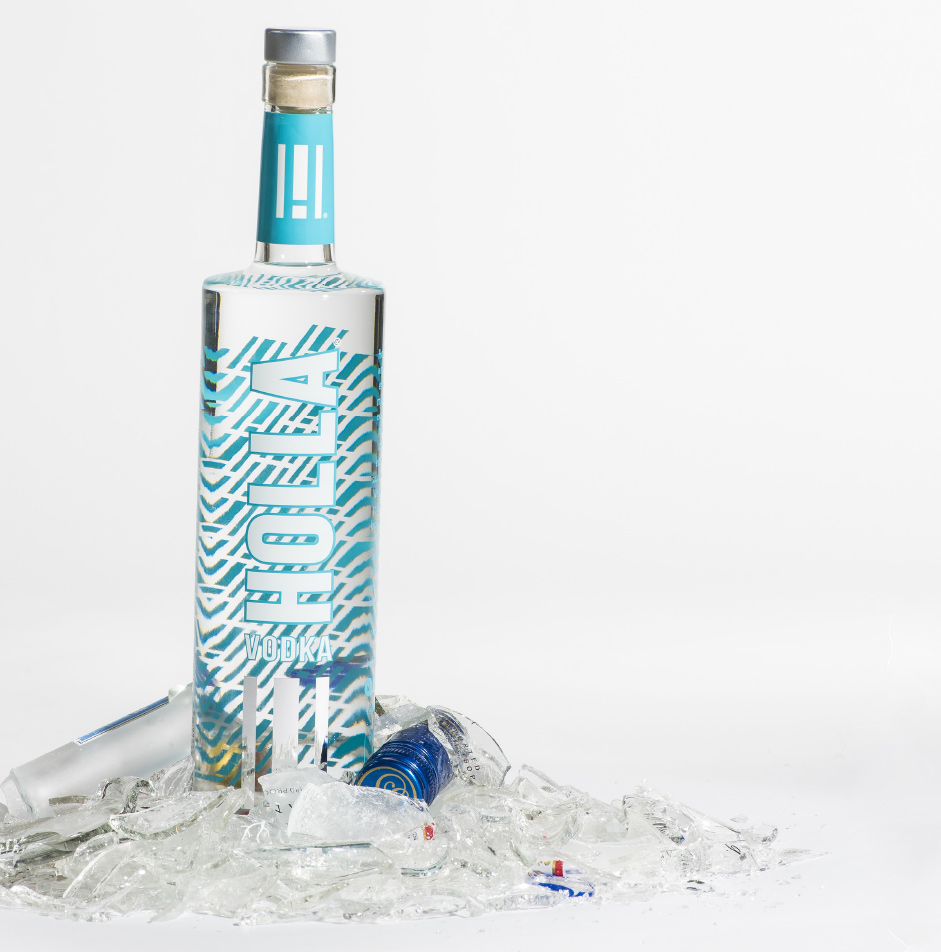 “Other brands are using Madison Avenue to create irrelevant gimmicks that are easy to spot,” Shorb notes.

“We chose to create a vodka for reality and those that genuinely relate. The typical black-and-white craft branding didn’t fit our style, so we went with a fun, loud name and colorful graphics to eliminate the pretention.”

Everything about HOLLA Vodka — from its signature label to its name — defies the status quo. Since its 2017 launch, HOLLA Vodka has been uniting spirits around social experiences in downtown York and beyond — and the spirits industry is taking notice. Last year, HOLLA garnered a gold Global Spirits Award in Las Vegas and a silver medal in the San Francisco World Spirits Competition.

By a stroke of luck, Glaser says, both he and Shorb were able to forge a relationship with world-class distiller Riannon Walsh, whom Whisky Magazine named one of the world’s “Women to Watch in Whisky.”

“I handle the spirits nosing and the blending … making sure that when the product goes into the bottles it tastes good,” she says. “HOLLA has pinpointed a niche in the spirits industry that I’m not aware of anyone pursuing with this kind of spirit.”

Shorb and Glaser aim to continue building HOLLA’s portfolio. Additionally, they also contribute a portion of proceeds back to deserving nonprofits through the company’s “HOLLA For Your Heroes” charitable giving program.

“Our fans and supporters are what constantly motivate us. They appreciate our ability to poke fun at an industry that is historically uptight,” Shorb says.

Get ready for some HOLLA Sweet Fire, due for release in early 2018. This naturally flavored infused vodka features sweet tones of sugarcane punctuated by the capricious heat of jalapeños. More details are at hollaspirits.com. 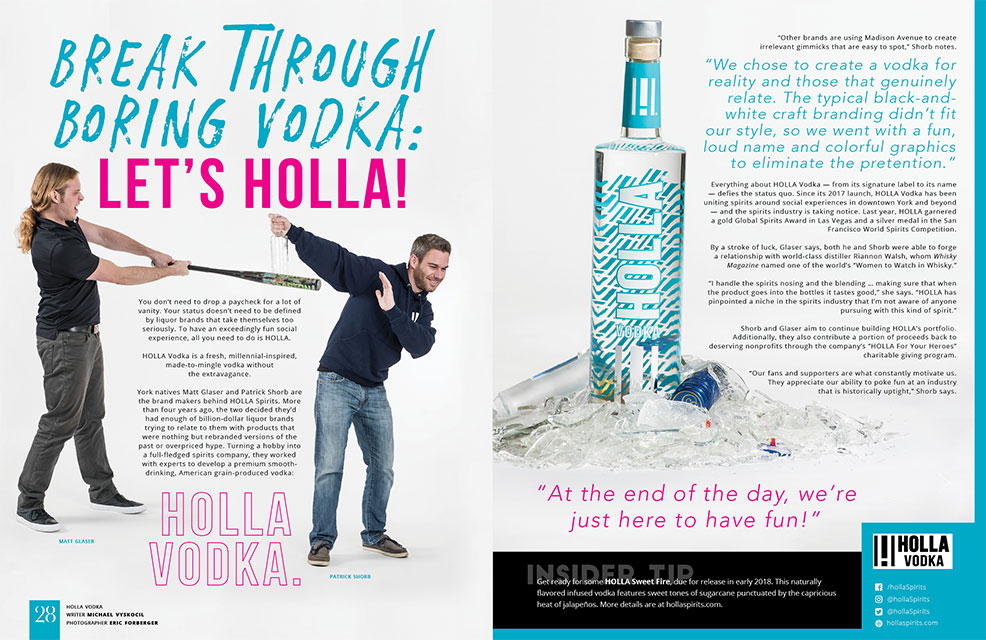