Bree Moscarell: Young at Heart and Beautiful Inside and Out

Whether she is on the pageant stage or collecting Toys for Tots,International United Miss Keystone State PreteenBrianna (Bree) Moscarell is shining a light on the community and the talents of York County’s youth.

It All Started with Pageants

Three years ago, as Bree started gaining pageant titles as a contestant, the requirements for participation began to change. With some awards and recognition to her name, Bree needed to become more active in the community. However, what was a qualification to compete turned into a new passion for her. 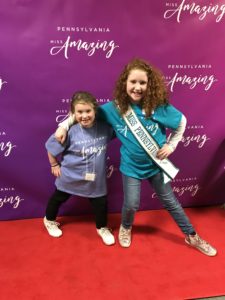 So far in Bree’s volunteering career, she has contributed more to the community than one would expect from someone so young and the number of people she helps continues to grow every day. From collecting Toys for Tots to starting her own chapter of Coats of Friendship in Hanover, Bree’s service has assisted people directly and inspired them indirectly. Her parents Sharon Moscarell and Frank Moscarell witnesses how she influences those around her.

“As a 10-year-old child, she is a great role model for all kids regardless of age,” says Sharon. “She has done more wonderful things than most adults.”

To many people, Bree’s generosity comes at a pleasant surprise. It is rare to see someone so young working so hard within their community.“[People] are usually blown away by the fact that such a young child is doing so many sweet things for her community and the world,” says Sharon. “Many people want to give us as her parents the credit, but we defer most of it to her tremendous heart.” 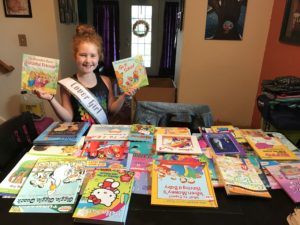 In addition to her age, some adults who have interacted with Bree are surprised that her volunteer work was not forced onto her by her parents. Though they may propose the ideas to her, Bree always takes the lead. Ultimately, she encourages her classmates to write cards to veterans, decides to donate school supplies to various schools and befriends the contestants of the specials needs pageants such as the Pennsylvania Miss Amazing and Tiara’s Loving Children.

Her leadership was one of Bree’s traits that stood out to CBS 21 anchor Sherry Christian. “I was surprised that Bree had not been coerced or pushed by her parents to do the things she’s doing,” says Sherry. “I’ve done stories on children before about their community involvement, but it’s pretty apparent early in the discussion that it’s not the child’s idea. In Bree’s case, it’s her wanting to do the projects.”

Proof of the Good in All Ages

Despite the initial feeling of surprise, every person Bree has worked with is happy to volunteer with and receive support from her in the form of donations, cards or a helping hand. Her volunteering effort proves that age is just a number when it comes to contributing to the community.“Being in the news business, for every 10-negative story, there is one about something positive a young person is doing,” says Sherry. “We need to show people that there are more young people doing good things like Bree — we just don’t get to report on them all.”

As a 10-year-old, Bree still has a future ahead of her — one that hopefully spreads her outreach in the community. Christy Lucas, CEO of Roots for Boots, recognizes Bree’s talents and believes she will continue to be a force of good in other people’s lives.“I hope that Bree continues to recognize the value of selfless acts of kindness given to improve the lives of others,” says Christy. “I hope that as she continues to grow and be active in service to the local community that she takes on more ownership and leadership of what she engages in using her gifts and talents to give back to those less fortunate.”