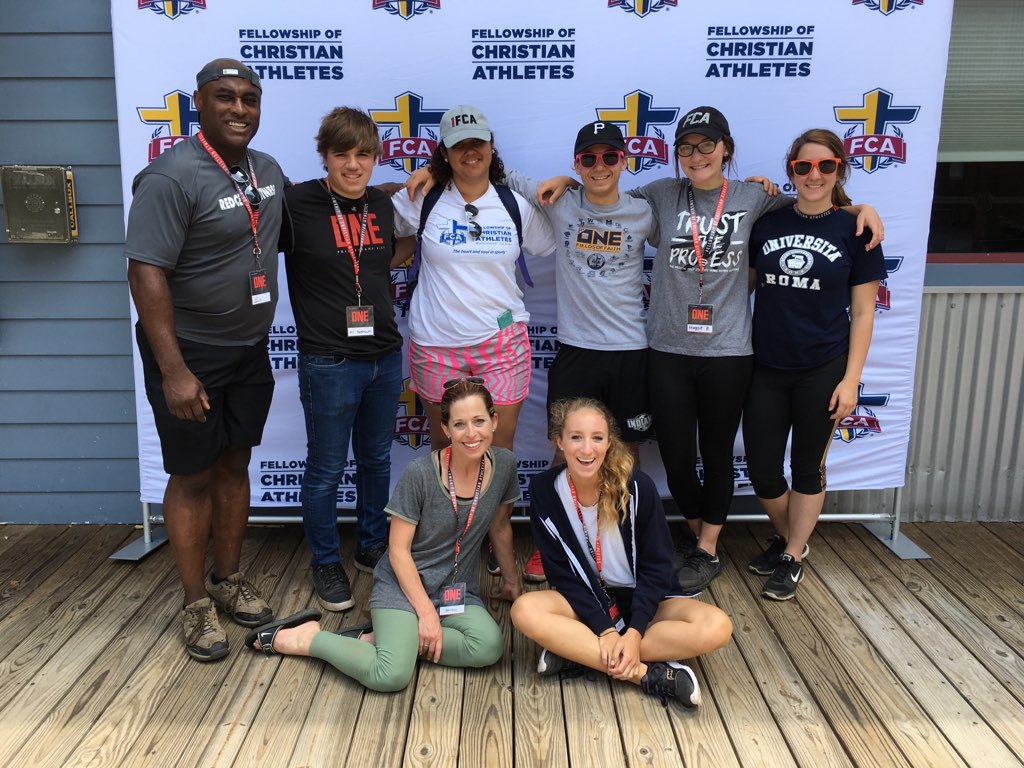 The Fellowship of Christian Athletes: Providing a Positive Community for Young Athletes

Founded by Don McClanen, the Fellowship of Christian Athletes (FCA) is a nonprofit organization that has been uniting the power of faith and athletics for more than 60 years. FCA provides a community for athletes around the world to join together in their love for Jesus Christ. The organization has grown immensely since its inception in 1954 with groups in 62 countries around the world.

The FCA offers many opportunities for kids in different age groups, including college students, to grow their faith and develop leadership skills while learning team work and camaraderie through athletics. Many FCA offerings include camps and international trips. The first FCA National Conference was held in 1956 in Estes Park, Colorado—creating today’s FCA camps, a staple of FCA’s ministry. During these camps, participants have the opportunity to learn skills and fundamentals in a variety of sports from college, professional and former professional athletes while sharing their spiritual journey and growth with other kids.

John Greene directs the York sector of the FCA. The Ohio native has a successful history with sports which includes playing as tailback, safety and fullback during his Penn State football career. He was a member of the 1986 National Championship team as well as the 1985 squad that played Oklahoma in the Orange Bowl for the national title. He held the title of Associate Director of Athletic Development at Penn State and has been a mentor and coach to football and basketball teams. He found his way to York, Pennsylvania, after accepting a job in the area.

While playing for Penn State, John crossed paths with athletes and coaches involved with FCA—sparking his interest in the organization. Following his calling to share the word and his love of Christ, John joined the FCA. Through his ministry, John reaches, teaches, coaches and mentors athletes and coaches, and aims to impact the lives of young athletes by engaging, equipping and empowering coaches and young student athletes with the word of God and athletics.

The York sector has grown to about eight huddles throughout the county. Huddles are small, devoted Bible study groups for coaches and athletes where they can speak to one another and share the word of God in a gymnasium, library, church, classroom, park or community room. Currently about 17,783 certified FCA huddles exist around the world.

While coaches and young athletes have expressed a desire to start their own huddles in their own communities and school campuses in York, more participants willing to join and create an official FCA huddle are needed. The York sector may be small compared to other counties, but John wants to grow the FCA in York by building awareness about FCA and the organization’s mission with coaches and young athletes.

Young athletes in the York area can start team, community or campus huddles and apply to be huddle leaders on the national FCA website with the help and guidance from a coach and John Greene. Through these huddles, student athletes can build a personal relationship with God while building close bonds with their fellow student athletes.

Schools in the York area who have active huddles include Suburban High School and West York Area High School. These groups depend greatly on student leadership and participation. On these campuses, you’ll find students who dedicate their time and energy to their huddles and the FCA by increasing awareness, engaging with other students and raising money for FCA campus events.

Each huddle is different and conducts meetings differently. Some follow the welcoming, warm-up, workout and wrap-up format during their huddles. Before or after, they have a short mini Bible study or a faith-based discussion.

The Future for FCA in York

“I hope the kids who get involved with the FCA join willingly and genuinely want to be a member of an organization that provides a positive space where they can grow their faith in a supportive environment such as the FCA and can have an open dialogue and hear the Gospel from other students, teammates and coaches,” John says. In the future, as FCA York continues to grow, John hopes to implement an aspect of service so that young athletes and coaches can come together while giving back to their communities.

Get Involved or Donate

If you’re interested in helping the Fellowship of Christian Athletes grow its ministry in the York area, you can volunteer, be a coach, join a huddle or start your own huddle as a student or coach. You can also support John Greene and his ministry in York by visiting and donating through the York FCA site. Visit the national FCA website to learn more about the history of the FCA, how it has grown since its beginnings and the ways it continues to transform and bring light to the lives of athletes, coaches, volunteers and workers involved in the organization around the world.