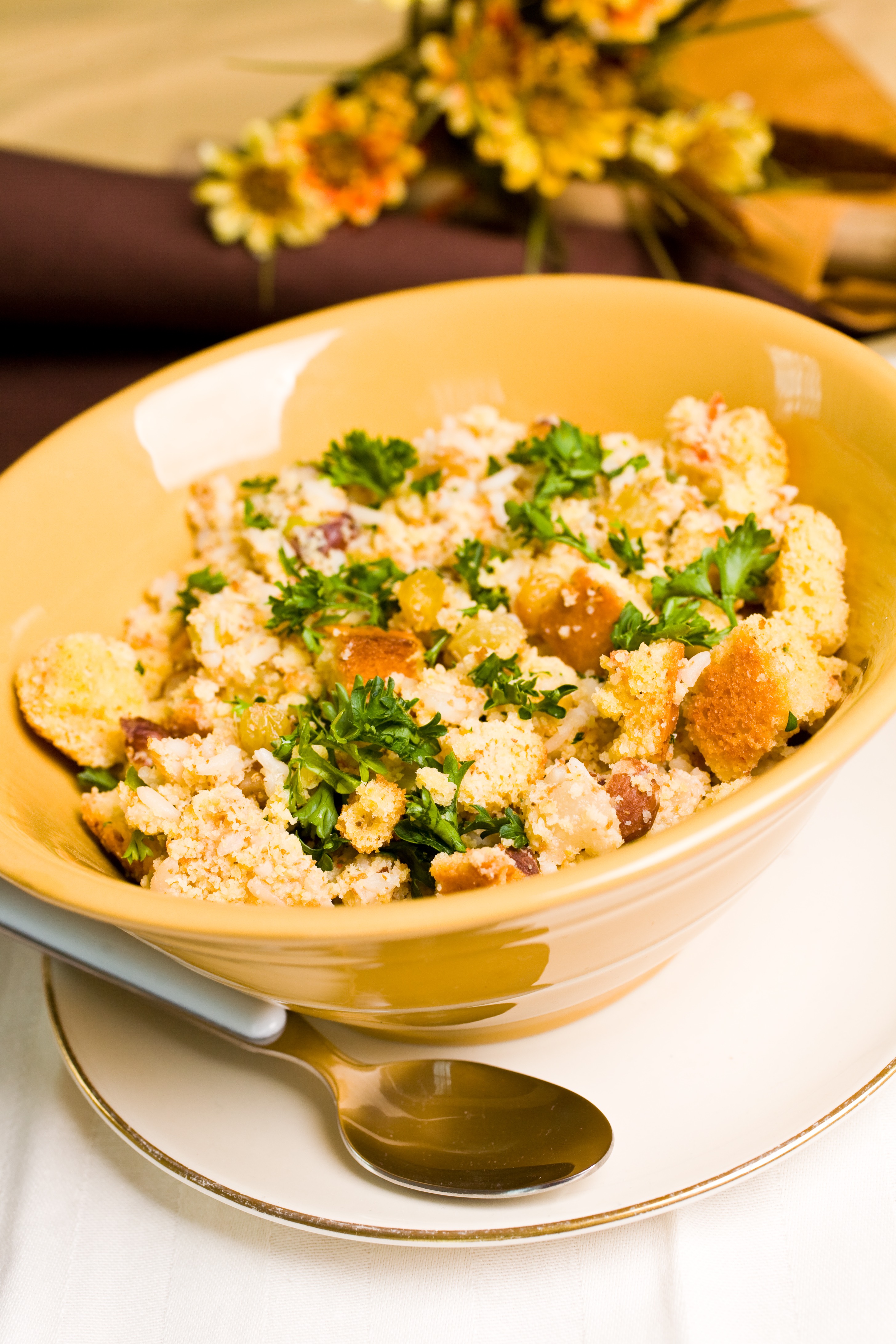 With Thanksgiving only two days away, you’re likely thinking about or are already well on your way to preparing your Thanksgiving dinner feast. And what could be more closely associated with Thanksgiving than stuffing? The National Day Calendar proudly proclaims Nov. 21 as National Stuffing Day. Although the origins of this holiday are obscure, the varieties of stuffing that you can find are almost endless.

In honor of National Stuffing Day, I’m sharing this recipe for a fruit-filled Spicy Pear Stuffing. This dish gets its spicy flair from the kick of cayenne pepper in the cornbread. You can substitute another type of bread for the cornbread base, but the cornbread plays off the sweetness of the pears and raisins.

Note: If baking outside the turkey, heat oven to 350 degrees F. Add the remaining 1/2 cup chicken stock or broth, and bake in a buttered 9 by 13-inch baking dish until crusty and golden brown, about 30 minutes.

Note: This cornbread, if used for stuffing, should be made one day ahead.