Art can communicate emotions and thoughts in ways words cannot. Part recorders, part interpreters, artists can enter into the collective soul of humanity and express our innermost dreams, fears and hopes.

Hopes for peace in the Middle East are represented in a dynamic, multi-artist collaboration called Repairing the World: Mid-East Peace Project, 2005–2010. The lobby of the Weinstein Realty Consultants office building at 15 N. Cherry Lane in downtown York is home to this exhibition paying homage to York’s history while using art to acknowledge York’s religious diversity and stimulate conversations about peace in the Middle East.

Repairing the World is the creation of a collection of four artists, each representing a different faith perspective: Judaism, Druze, Christianity and Islam. Through works highlighting a scene from each artist’s faith tradition, a narrative unfolds that details a shared vision for peace.

Along with the works of art themselves, viewers witness preserved pieces of the York community’s religious heritage, such as the centerpiece ark of the Torah from the former Ohev Sholom Synagogue on Pershing Avenue and Princess Street in downtown York.

The vision of individuals such as Elliott Weinstein, Anita Toutikian and Richard Bono contributed to the creation and installation of Repairing the World, but art needs the next generation of caretakers to preserve it and share its traditions with future generations.

Repairing the World offers a model of what the York community can achieve when individuals connect over culture and traditions. Each day, organizations such as York College Hillel and the Doris and Bernard Gordon Center for Jewish Life, for example, foster conversations not only of faith, but also of learning and understanding.

Transforming, inspiring, educating and motivating…art such as Repairing the World reminds us of the traditions that ultimately connect us to one another and connect the past with the present. 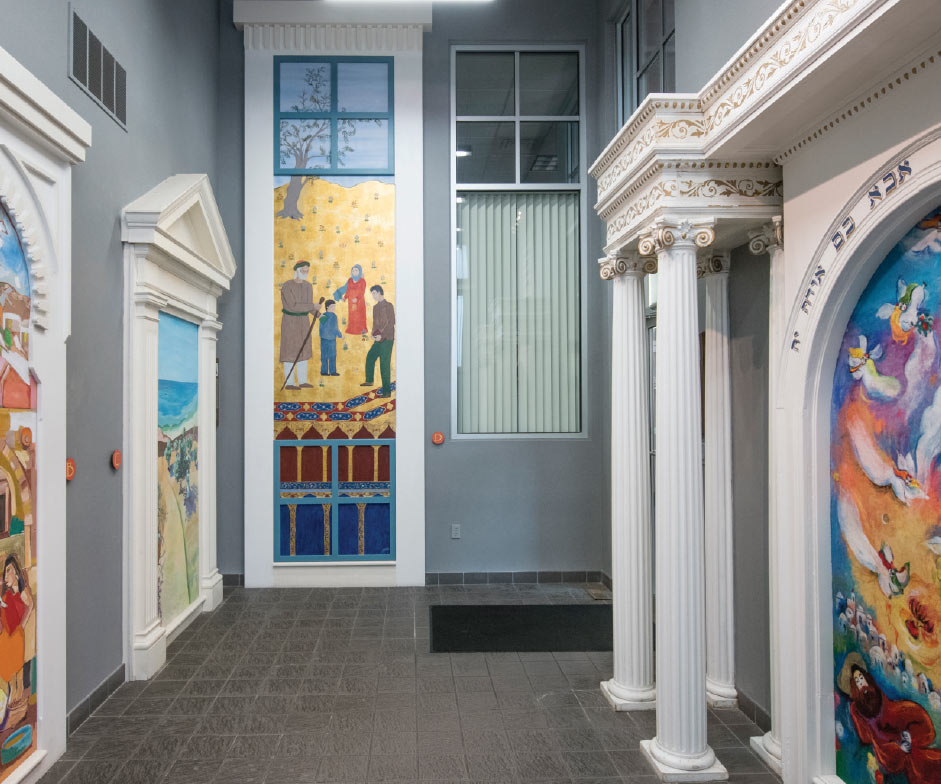