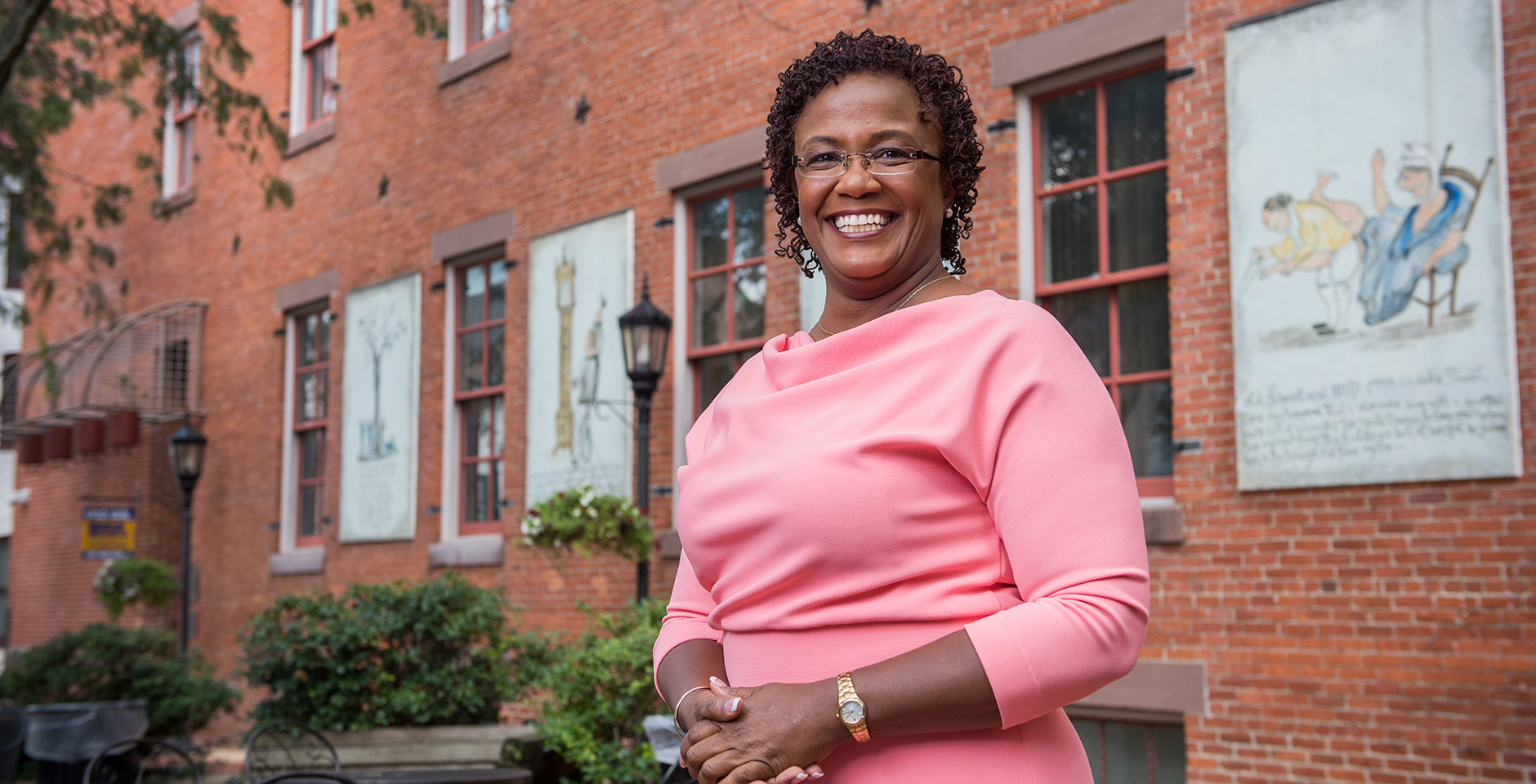 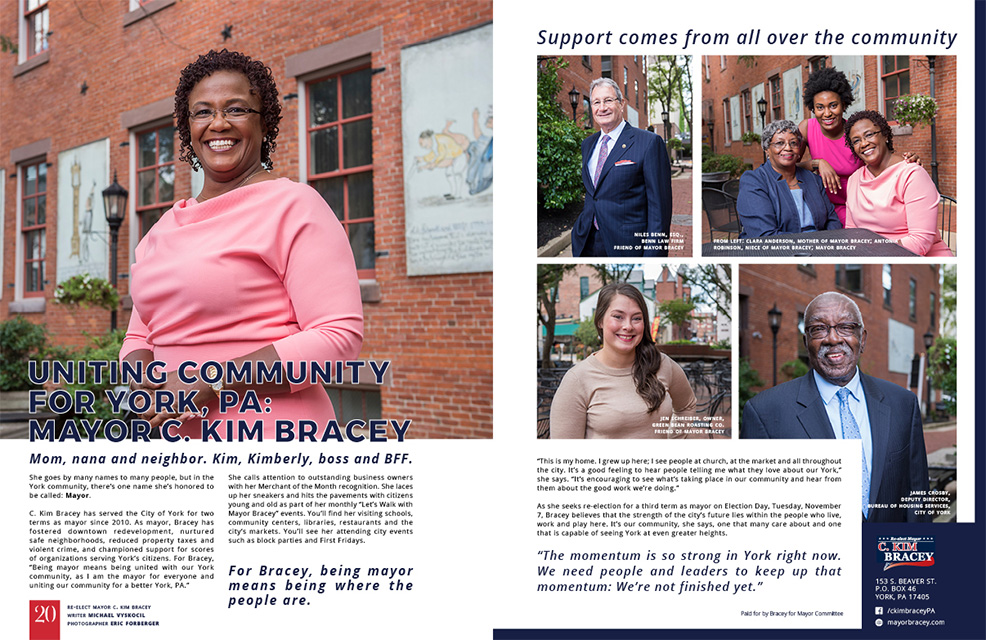 Mom, nana and neighbor. Kim, Kimberly, boss and BFF. She goes by many names to many people, but in the York community, there’s one name she’s honored to be called: Mayor.

C. Kim Bracey has served the City of York for two terms as mayor since 2010. As mayor, Bracey has fostered downtown redevelopment, nurtured safe neighborhoods, reduced property taxes and violent crime, and championed support for scores of organizations serving York’s citizens. For Bracey, “Being mayor means being united with our York community, as I am the mayor for everyone and uniting our community for a better York, PA.”

She calls attention to outstanding business owners with her Merchant of the Month recognition. She laces up her sneakers and hits the pavements with citizens young and old as part of her monthly “Let’s Walk with Mayor Bracey” events. You’ll find her visiting schools, community centers, libraries, restaurants and the city’s markets. You’ll see her attending city events such as block parties and First Fridays.

For Bracey, being mayor means being where the people are.

“This is my home. I grew up here; I see people at church, at the market and all throughout the city. It’s a good feeling to hear people telling me what they love about our York,” she says. “It’s encouraging to see what’s taking place in our community and hear from them about the good work we’re doing.”

As she seeks re-election for a third term as mayor on Election Day, Tuesday, November 7, Bracey believes that the strength of the city’s future lies within the people who live, work and play here. It’s our community, she says, one that many care about and one that is capable of seeing York at even greater heights.

“The momentum is so strong in York right now. We need people and leaders to keep up that momentum: We’re not finished yet.”