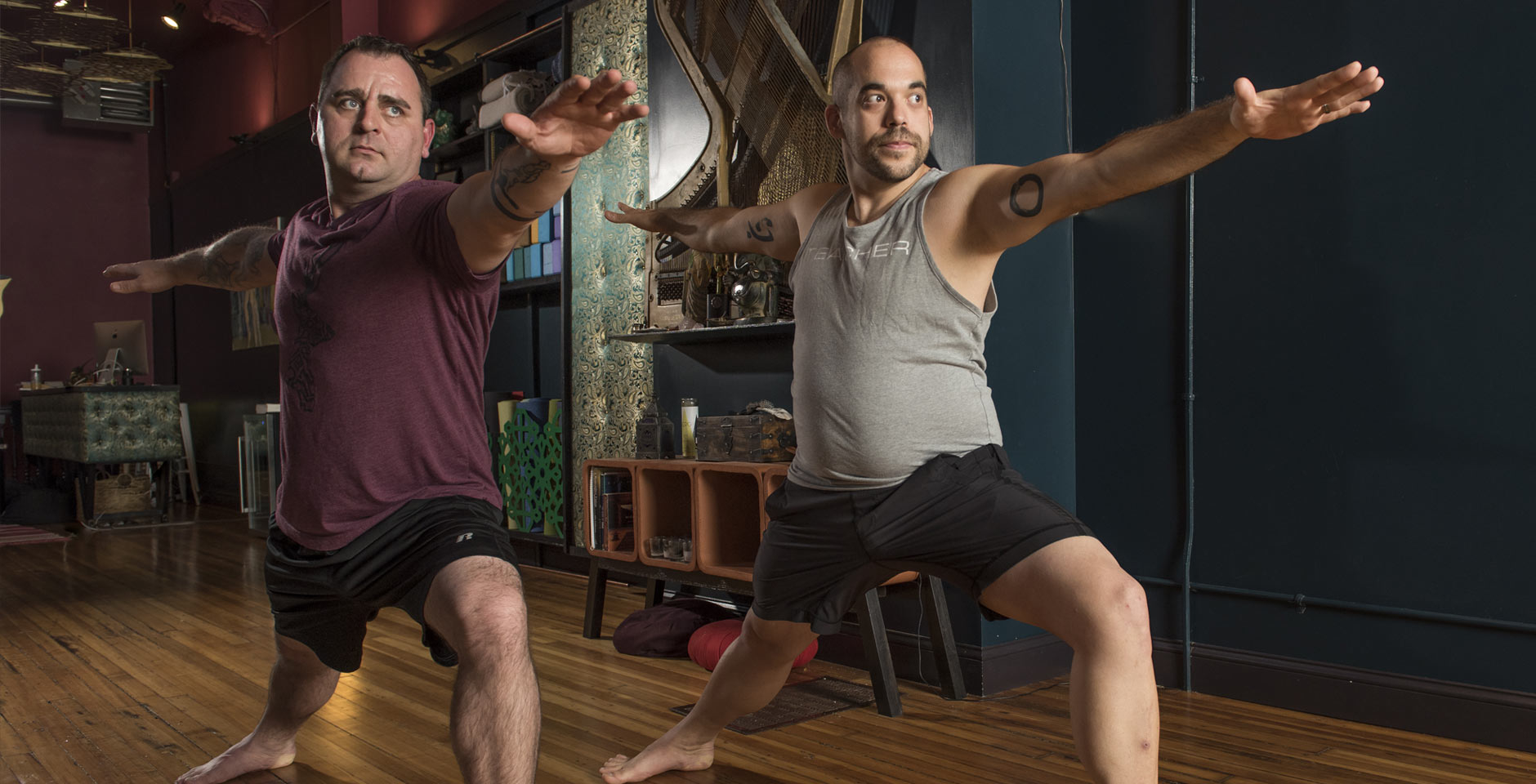 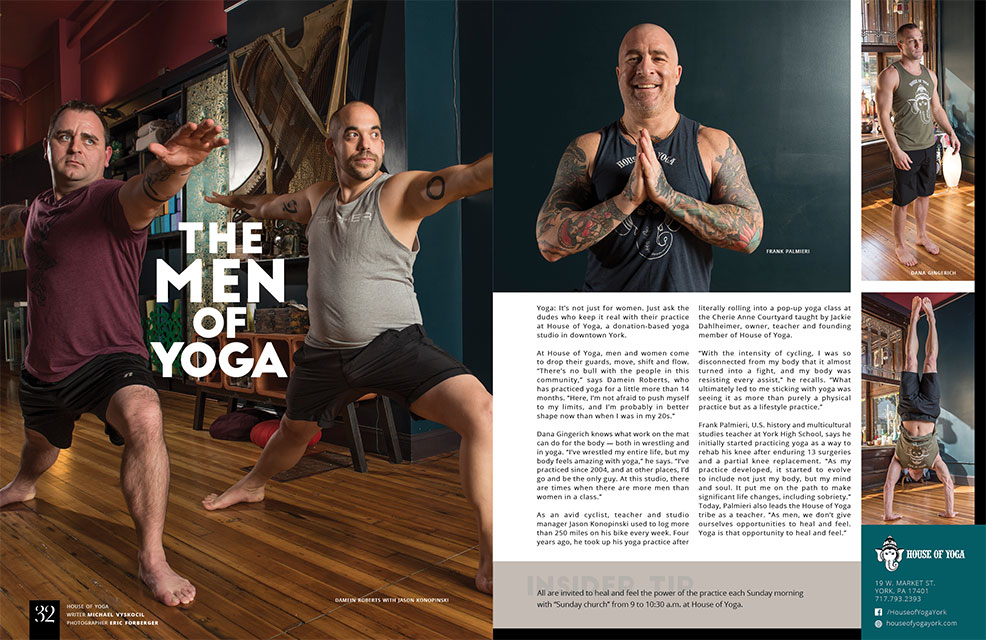 The Men of Yoga

Yoga: It’s not just for women. Just ask the dudes who keep it real with their practice at House of Yoga, a donation-based yoga studio in downtown York.

At House of Yoga, men and women come to drop their guards, move, shift and flow. “There’s no bull with the people in this community,” says Damein Roberts, who has practiced yoga for a little more than 14 months. “Here, I’m not afraid to push myself to my limits, and I’m probably in better shape now than when I was in my 20s.”

Dana Gingerich knows what work on the mat can do for the body — both in wrestling and in yoga. “I’ve wrestled my entire life, but my body feels amazing with yoga,” he says. “I’ve practiced since 2004, and at other places, I’d go and be the only guy. At this studio, there are times when there are more men than women in a class.”

As an avid cyclist, teacher and studio manager Jason Konopinski used to log more than 250 miles on his bike every week. Four years ago, he took up his yoga practice after literally rolling into a pop-up yoga class at the Cherie Anne Courtyard taught by Jackie Dahlheimer, owner, teacher and founding member of House of Yoga.

“With the intensity of cycling, I was so disconnected from my body that it almost turned into a fight, and my body was resisting every assist,” he recalls. “What ultimately led to me sticking with yoga was seeing it as more than purely a physical practice but as a lifestyle practice.”

Frank Palmieri, U.S. history and multicultural studies teacher at York High School, says he initially started practicing yoga as a way to rehab his knee after enduring 13 surgeries and a partial knee replacement. “As my practice developed, it started to evolve to include not just my body, but my mind and soul. It put me on the path to make significant life changes, including sobriety.”

All are invited to heal and feel the power of the practice each Sunday morningwith “Sunday church” from 9 to 10:30 a.m. at House of Yoga.

House Of Yoga
Share:
Return To Issue Return To Top