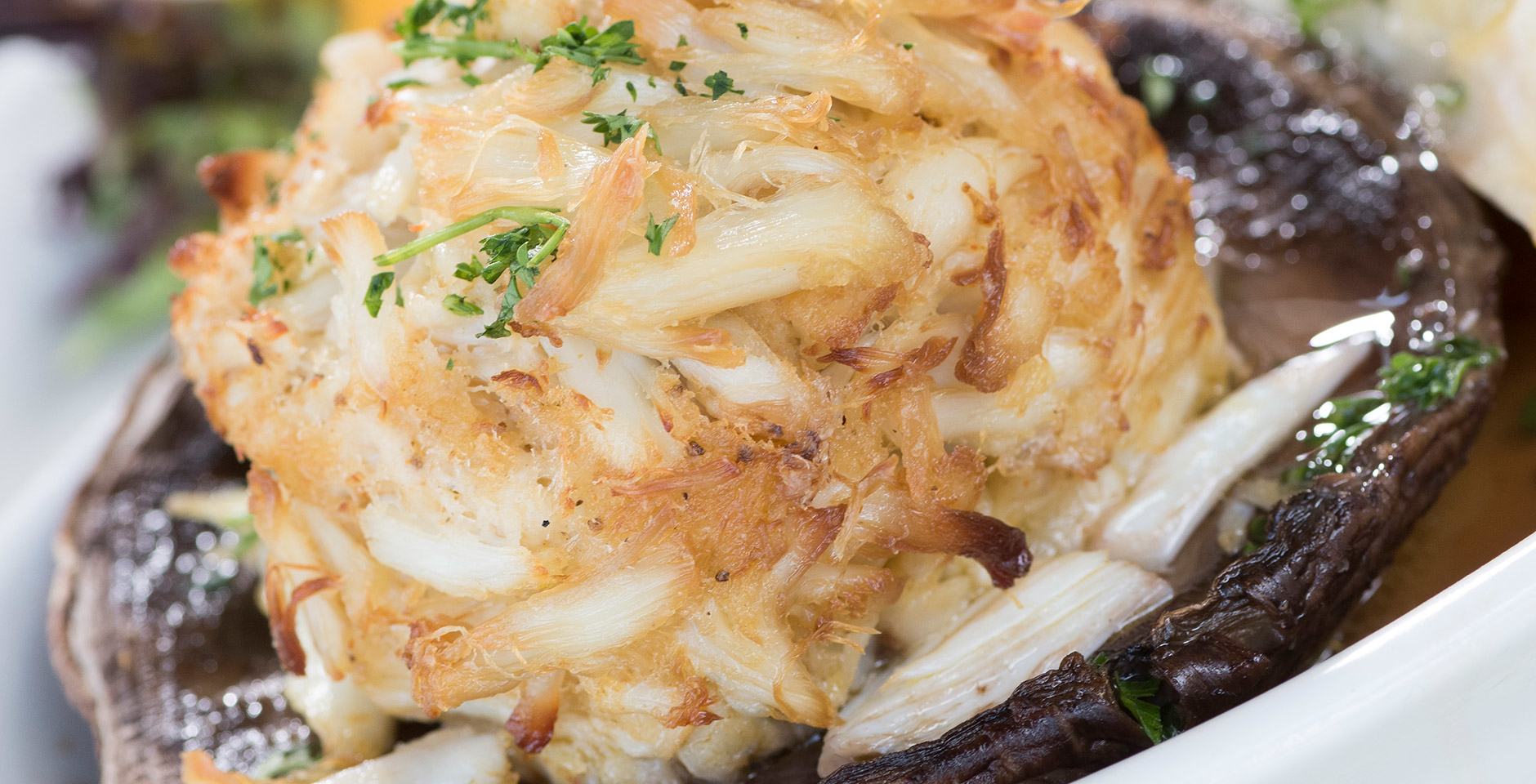 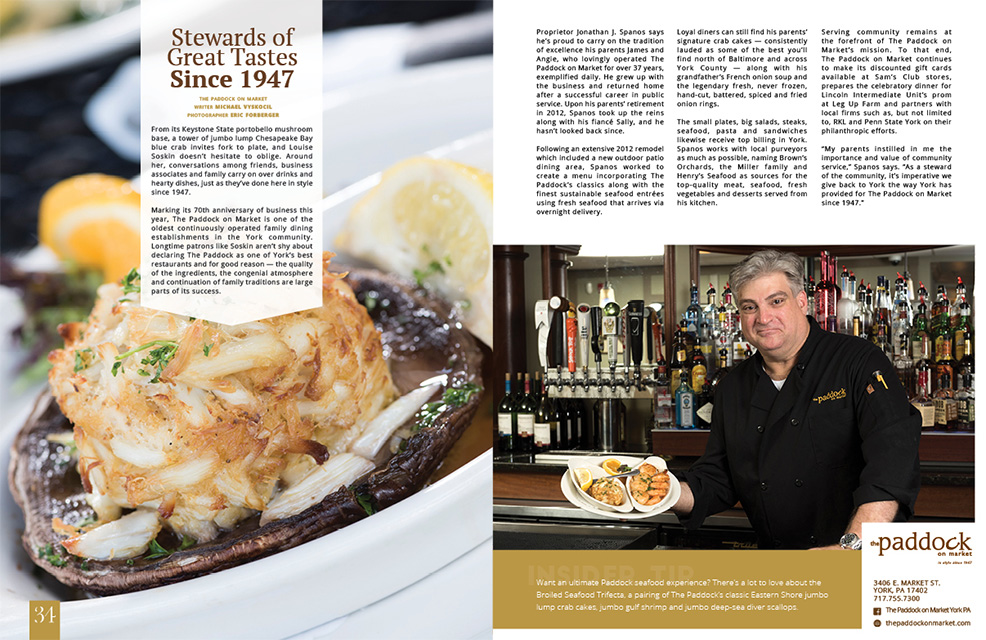 the paddock on market

Stewards of Great Tastes Since 1947

From its Keystone State portobello mushroom base, a tower of jumbo lump Chesapeake Bay blue crab invites fork to plate, and Louise Soskin doesn’t hesitate to oblige. Around her, conversations among friends, business associates and family carry on over drinks and hearty dishes, just as they’ve done here in style since 1947.

Marking its 70th anniversary of business this year, The Paddock on Market is one of the oldest continuously operated family dining establishments in the York community. Longtime patrons like Soskin aren’t shy about declaring The Paddock as one of York’s best restaurants and for good reason — the quality of the ingredients, the congenial atmosphere and continuation of family traditions are large parts of its success.

Proprietor Jonathan J. Spanos says he’s proud to carry on the tradition of excellence his parents James and Angie, who lovingly operated The Paddock on Market for over 37 years, exemplified daily. He grew up with the business and returned home after a successful career in public service. Upon his parents’ retirement in 2012, Spanos took up the reins along with his fiancé Sally, and he hasn’t looked back since.

Loyal diners can still find his parents’ signature crab cakes — consistently lauded as some of the best you’ll find north of Baltimore and across York County — along with his grandfather’s French onion soup and the legendary fresh, never frozen, hand-cut, battered, spiced and fried onion rings.

The small plates, big salads, steaks, seafood, pasta and sandwiches likewise receive top billing in York. Spanos works with local purveyors as much as possible, naming Brown’s Orchards, the Miller family and Henry’s Seafood as sources for the top-quality meat, seafood, fresh vegetables and desserts served from his kitchen.

Serving community remains at the forefront of The Paddock on Market’s mission. To that end, The Paddock on Market continues to make its discounted gift cards available at Sam’s Club stores, prepares the celebratory dinner for Lincoln Intermediate Unit’s prom at Leg Up Farm and partners with local firms such as, but not limited to, RKL and Penn State York on their philanthropic efforts.

“My parents instilled in me the importance and value of community service,” Spanos says. “As a steward of the community, it’s imperative we give back to York the way York has provided for The Paddock on Market since 1947.”

the paddock on market
Share:
Return To Issue Return To Top