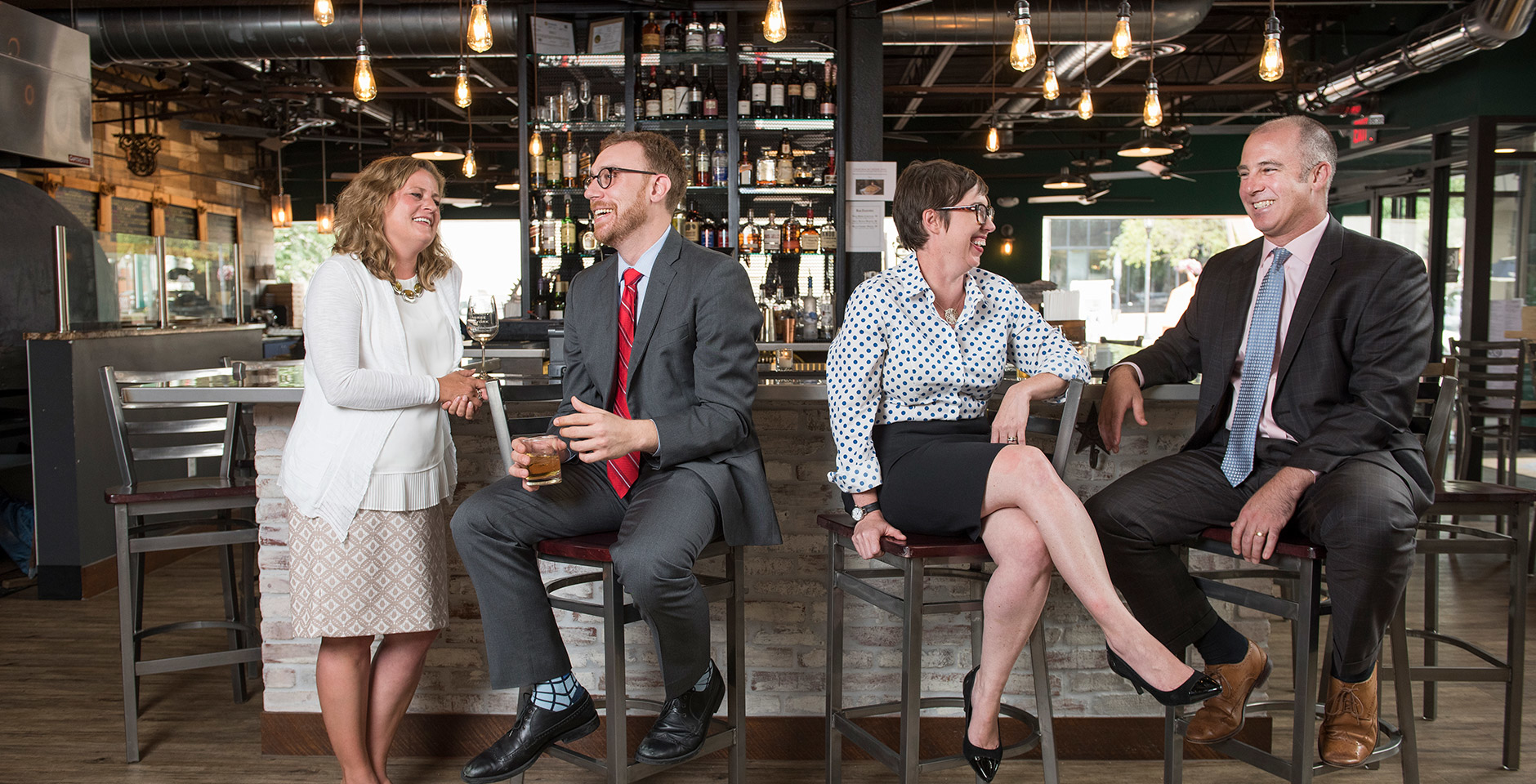 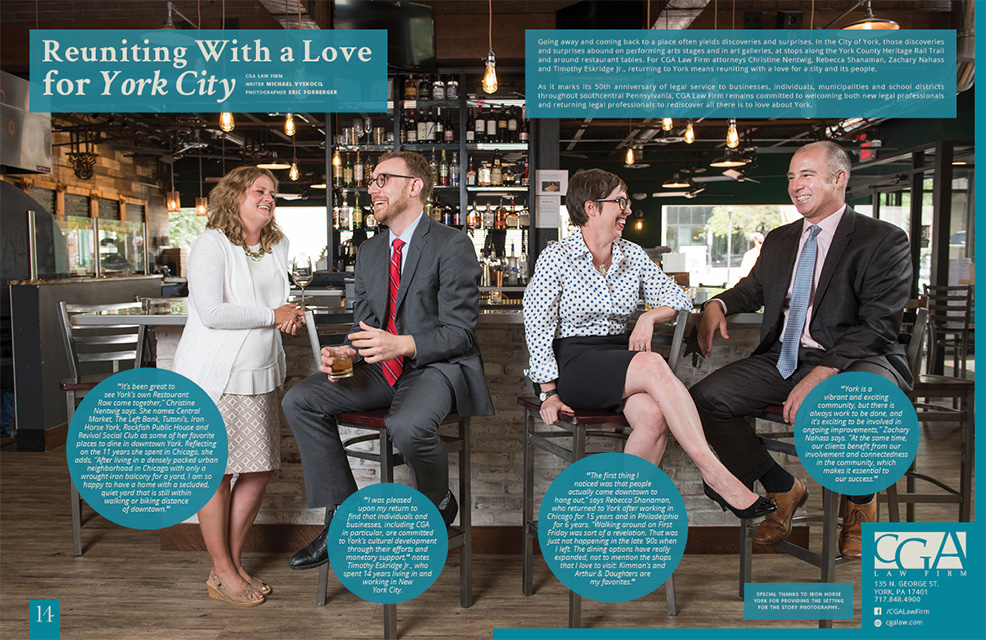 Reuniting With a Love for York City

Going away and coming back to a place often yields discoveries and surprises. In the City of York, those discoveries and surprises abound on performing arts stages and in art galleries, at stops along the York County Heritage Rail Trail and around restaurant tables. For CGA Law Firm attorneys Christine Nentwig, Rebecca Shanaman, Zachary Nahass and Timothy Eskridge Jr., returning to York means reuniting with a love for a city and its people.

As it marks its 50th anniversary of legal service to businesses, individuals, municipalities and school districts throughout southcentral Pennsylvania, CGA Law Firm remains committed to welcoming both new legal professionals and returning legal professionals to rediscover all there is to love about York.

“It’s been great to see York’s own Restaurant Row come together,” Christine Nentwig says. She names Central Market, The Left Bank, Tutoni’s, Iron Horse York, Rockfish Public House and Revival Social Club as some of her favorite places to dine in downtown York. Reflecting on the 11 years she spent in Chicago, she adds, “After living in a densely packed urban neighborhood in Chicago with only a wrought-iron balcony for a yard, I am so happy to have a home with a secluded, quiet yard that is still within walking or biking distance
of downtown.”

“I was pleased upon my return to find that individuals and businesses, including CGA in particular, are committed to York’s cultural development through their efforts and monetary support,” notes Timothy Eskridge Jr., who spent 14 years living in and working in New York City.”

“The first thing I noticed was that people actually came downtown to hang out,” says Rebecca Shanaman, who returned to York after working in Chicago for 15 years and in Philadelphia for 6 years. “Walking around on First Friday was sort of a revelation. That was just not happening in the late ’90s when I left. The dining options have really expanded, not to mention the shops that I love to visit: Kimman’s and Arthur & Daughters are my favorites.”

Special thanks to iron horse york for providing the setting for the story photography.