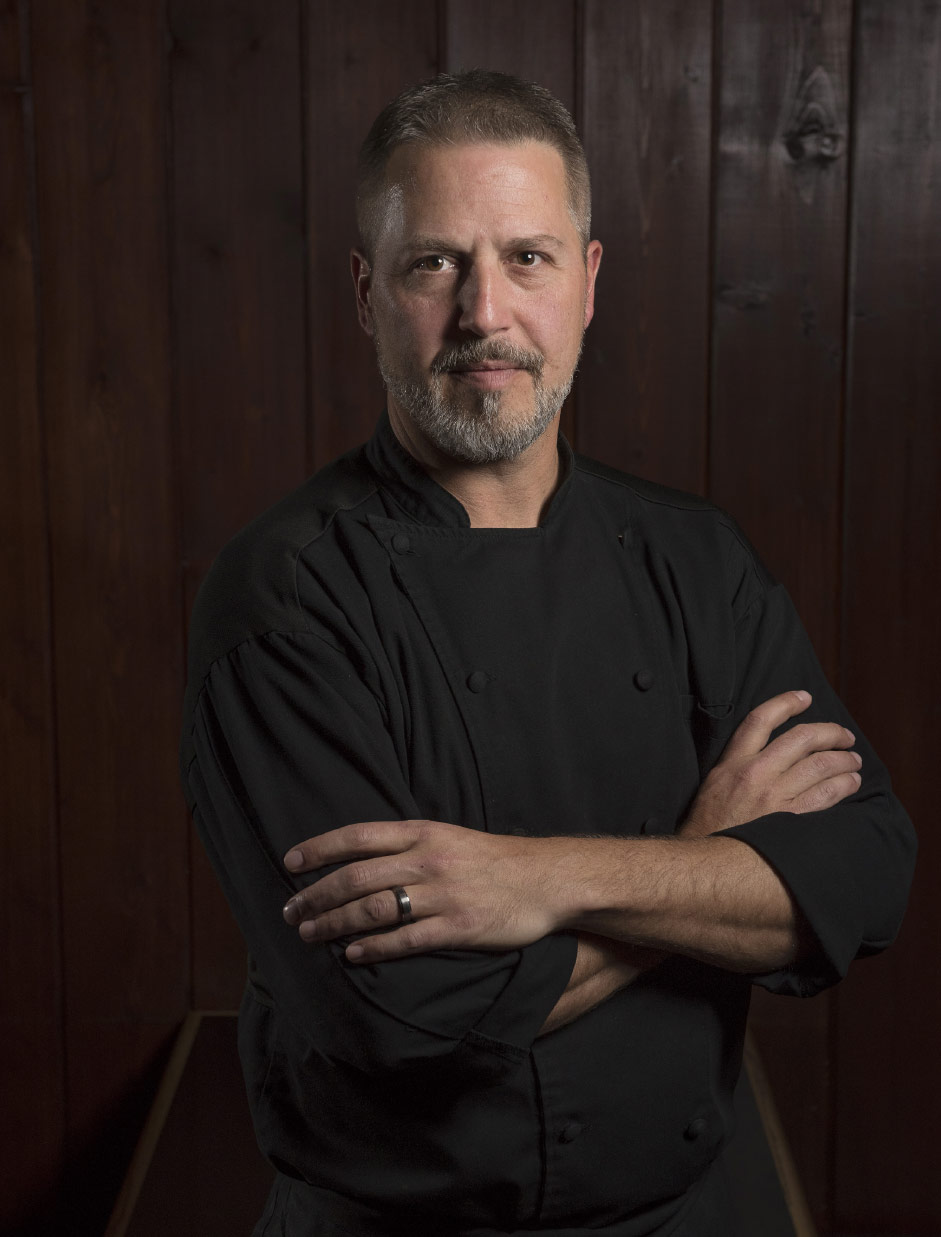 The sights, the sounds, the smells.

At a very young age, Executive Chef Shawn Conway got his first tastes of cheffing at his grandfather’s East York restaurant, The Flamingo. He’d watch chefs sauteeing, skewering and stirring, fine-tuning flavors and plating dishes. And he’d marvel at the magic of it all.

Today, that magic hasn’t disappeared for Conway through his 28-year career in restaurant kitchens in Florida, South Jersey and Harrisburg. Two years ago, he decided to temporarily give up the restaurant life to spend more time with his wife Janeen and their children. But with a passion for food, the lure of restaurants remained irresistible.

He recalls the days he and Jeremiah Anderson, White Rose’s COO and co-owner, were both working in Harrisburg. The two opened four restaurants in the city together. Although their professional lives eventually took them in different directions, Conway says he continued to stay in touch. In the end, York called him back to the kitchen — this time to White Rose Bar & Grill as corporate executive chef.

Although he never attended culinary school, his training came through many long hours on the line. “I’m a part of the generation of chefs that had to pay our dues to get to where we are now. I’ve worked in different restaurants and learned much about different styles of cooking, but I’m not here to impress myself. I’m here to put good food on the table for people.”

Conway says his focus at White Rose Bar & Grill is freshening up the food experience. Last autumn, he began introducing specials such as his Shrimp and Blue Crab Jambalaya and the Jalapeño Bacon Ranch Burger that have delighted new guests and regulars alike.

“We’re giving the food a new identity; you’re going to be surprised how it’s executed,” he explains. “The overall structure isn’t changing, but it’s the flavor profiles that will be getting more creative.”

Serving downtown York is an honor, Conway says, especially upholding the White Rose Bar & Grill legacy. “Consistency, good service, good ownership … Tom Sibol and his family have a dedication to York, and they haven’t lost sight of what that means. Everybody who works here is dedicated to the same mission. They know the heartbeat of this city.” 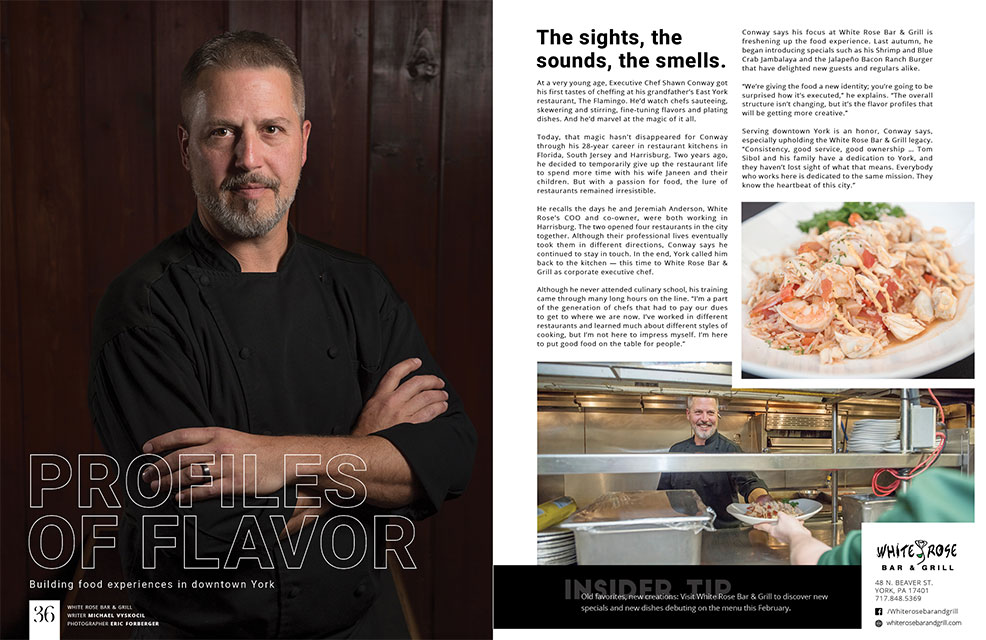