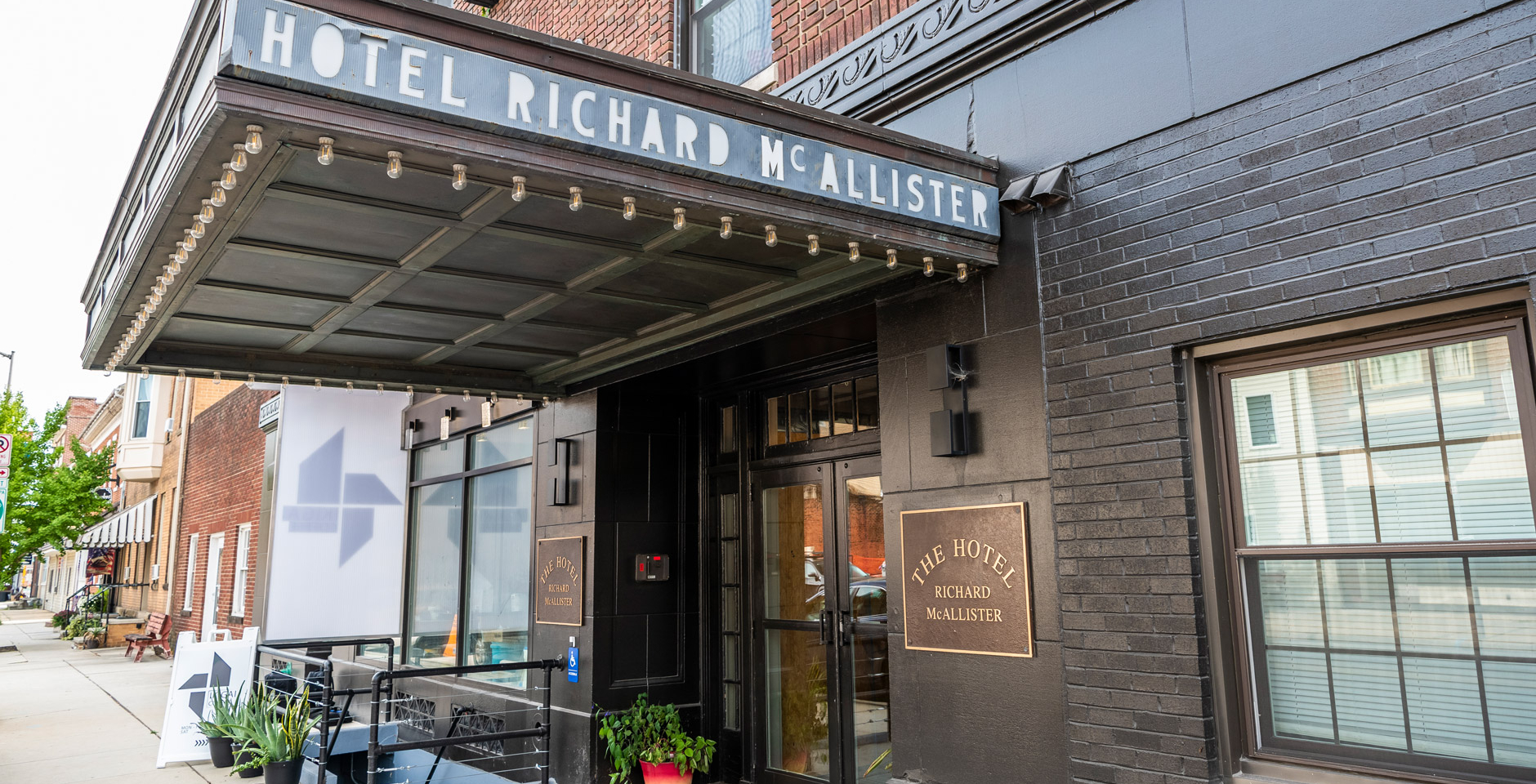 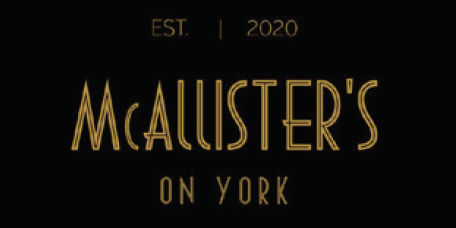 Building with a New Brick

Above All, the Revitalized McAllister Hotel is a Community

Until Jordan Ilyes, a local real estate developer with an eye for old buildings, bought the hotel and redeveloped it into a 30-unit luxury apartment building. Ilyes completed the project in partnership with the Redevelopment Authority of the County of York (RACY).

According to Tom Englerth, Chairman for RACY, the economic benefit of the McAllister Hotel redevelopment is twofold.

“This property was off the tax rolls for decades,” says Englerth.

“It now produces full taxes for the borough, county and school district.”

Ilyes says they filled all units within a month of their April 1st opening. He adds, “We had about 18 of them pre-leased.”

According to Ilyes, the biggest changes he made were adding a parking garage, installing a new elevator and opening up the small, hotel-like rooms into something more livable.

However, the concrete structure, wrought-iron staircase and hand-tiled flooring stayed.

“The most enjoyable thing was the coffee shop,” Ilyes says. 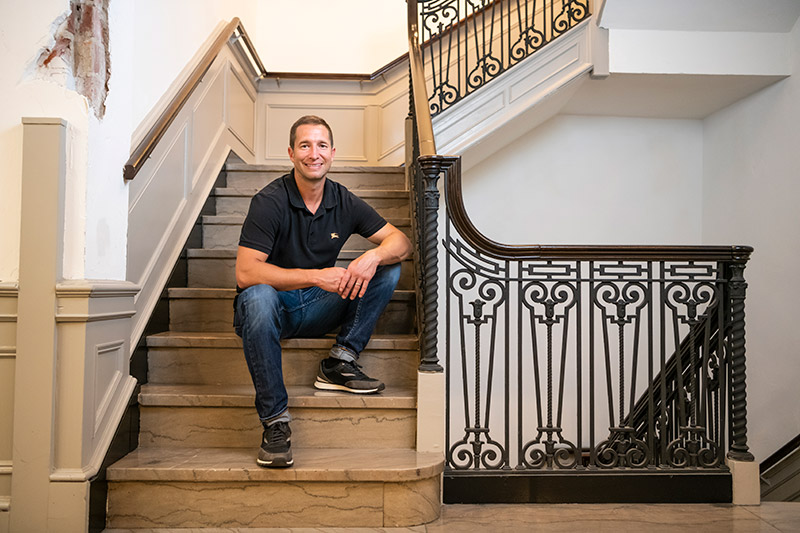 “That space was dilapidated.”

The revitalized McAllister Hotel is not just an apartment complex, but a community. Ikigai Coffee has a place in the building, too—as does the forthcoming McAllister’s on York, a restaurant started by the owners of The Handsome Cab in York.

Robert Godfrey, one of the owners of The Handsome Cab, said that Ilyes is a customer of theirs. Ilyes reached out to Godfrey and the restaurant’s co-owner, Andrew D’Agenais, to see if they’d be willing to start a restaurant in the building.

“We were grateful he asked us, but also humbled that somebody had that much faith in us,” Godfrey says. The Handsome Cab opened in 2017, and they’re expecting McAllister’s on York to launch in Spring 2021—depending, of course, on restrictions related to the pandemic.

According to Ilyes, even members of the Hanover Public School District’s staff live in the McAllister Hotel—perhaps evidence of Hanover’s growing neighborliness.

The revitalization came together in the end, but Englerth admi ts they overcame some massive financial hurdles.

“One way RACY could help was to take ownership of the property during the construction period, thus eliminating the property tax burden for the developer,” Englerth says.

Both Ilyes and Godfrey remarked just how accommodating RACY was to work with, as well as the borough itself. “Hanover’s been very easy to work with,” Godfrey says. “Not all municipalities are that way.”

Meanwhile, Englerth says he’s grateful for the momentum that RACY helped start. Ilyes and The Handsome Cab owners have a new project in the works for Hanover. Until then, Godfrey says “it’s a win-win when you have everyone working together to revitalize downtown real estate.”

How do you feel supported by the York community this year
“This project encompassed exactly how a redevelopment partnership should work and many thanks to RACY for working with their first local developer on a large scale project.”
— Jordan Ilyes, Real Estate Developer