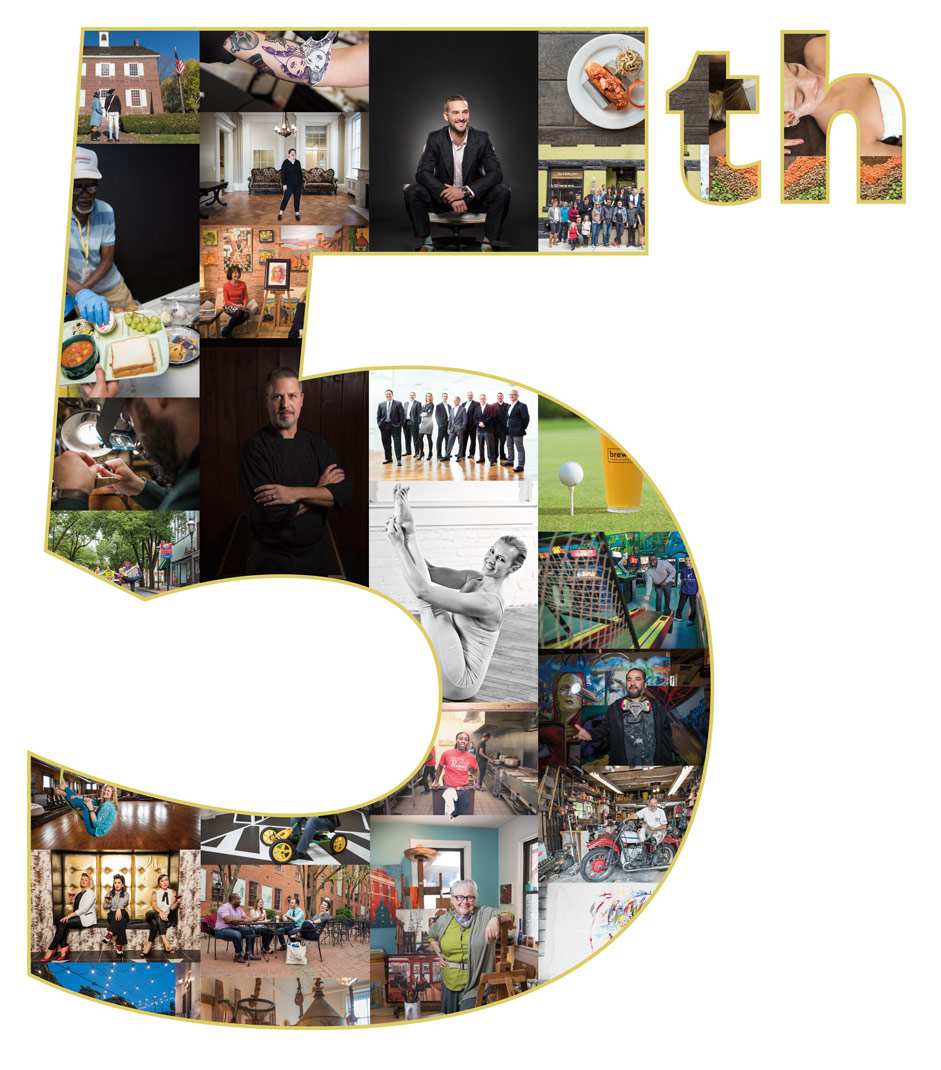 “Chad, Patrick and I have been in the entertainment biz for over twenty-five years. We’ve learned a thing or two during our career. Most especially to listen to our advisors. In fact, our manager once said: ‘Don’t ever, ever, ever, ever publish anything!’ On that note, we welcome you to YRK!”

A painter, teacher and mentor; a state representative; an entrepreneur and a multiplatinum rock band. From an idea developed by this collaboration of personalities, YRK Magazine was born.

These individuals knew that for YRK to be successful, it had to be distinctive from any other publication. It had to have engaging text, compelling photographs and outstanding design. And so it began: Creating the most exceptional magazine for York, Pennsylvania, ever.

As most startups can relate, it takes time, tons of tenacity and a belief in your mission to survive your first year in business. YRK was no different. It took a while to persuade advertisers to support something that had never been attempted before in York. It took a while to establish a business plan and goals, and persuade distributors to find space on their shelves and countertops for a magazine called YRK (York without the “o”).

But it took no time at all to find a loyal and supportive readership across the city and county with whom we had everything in common.

“YRK is one of York’s best promoters and marketers, exceptionally showcasing the very best York offers in people, products, places, and spaces,” says Kevin Schreiber, president and CEO of the York County Economic Alliance. “For five years, with each turn of the gorgeously photographed page, YRK shares York’s story — and we’ve a mighty good story to tell.”

As we celebrate YRK’s fifth anniversary, we continue to look for ways to make this magazine better and better. But the heart of YRK’s mission will remained unchanged: to promote all that makes downtown York and York County special. That mission remains our promise to you.

Beginning with this issue, we are now distributing 10,000 copies of YRK to businesses in the York area and beyond and 5,000 copies by mail. Look for our YRK app coming this year to the Apple Store. 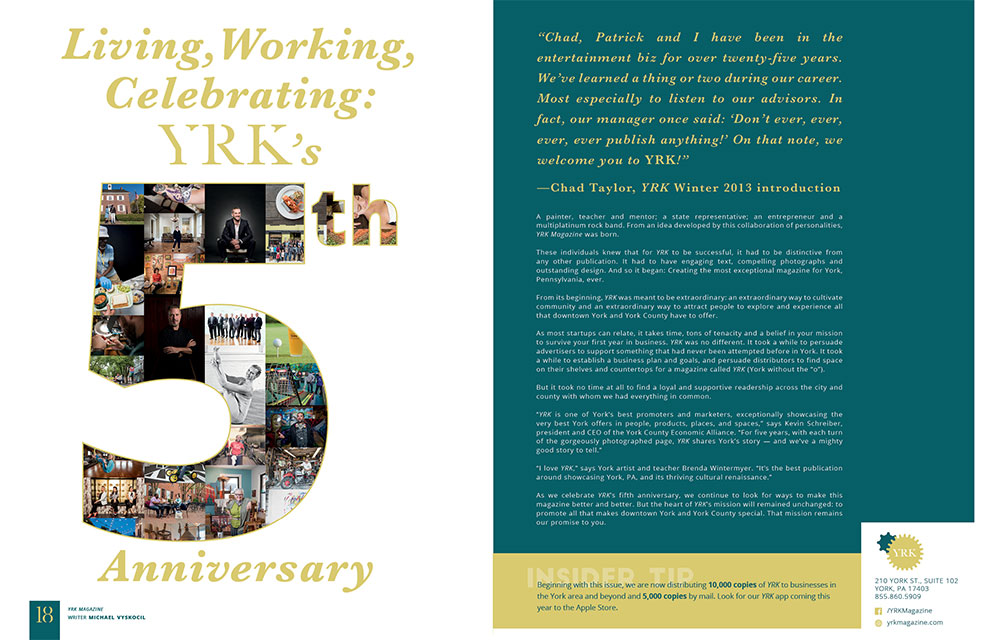