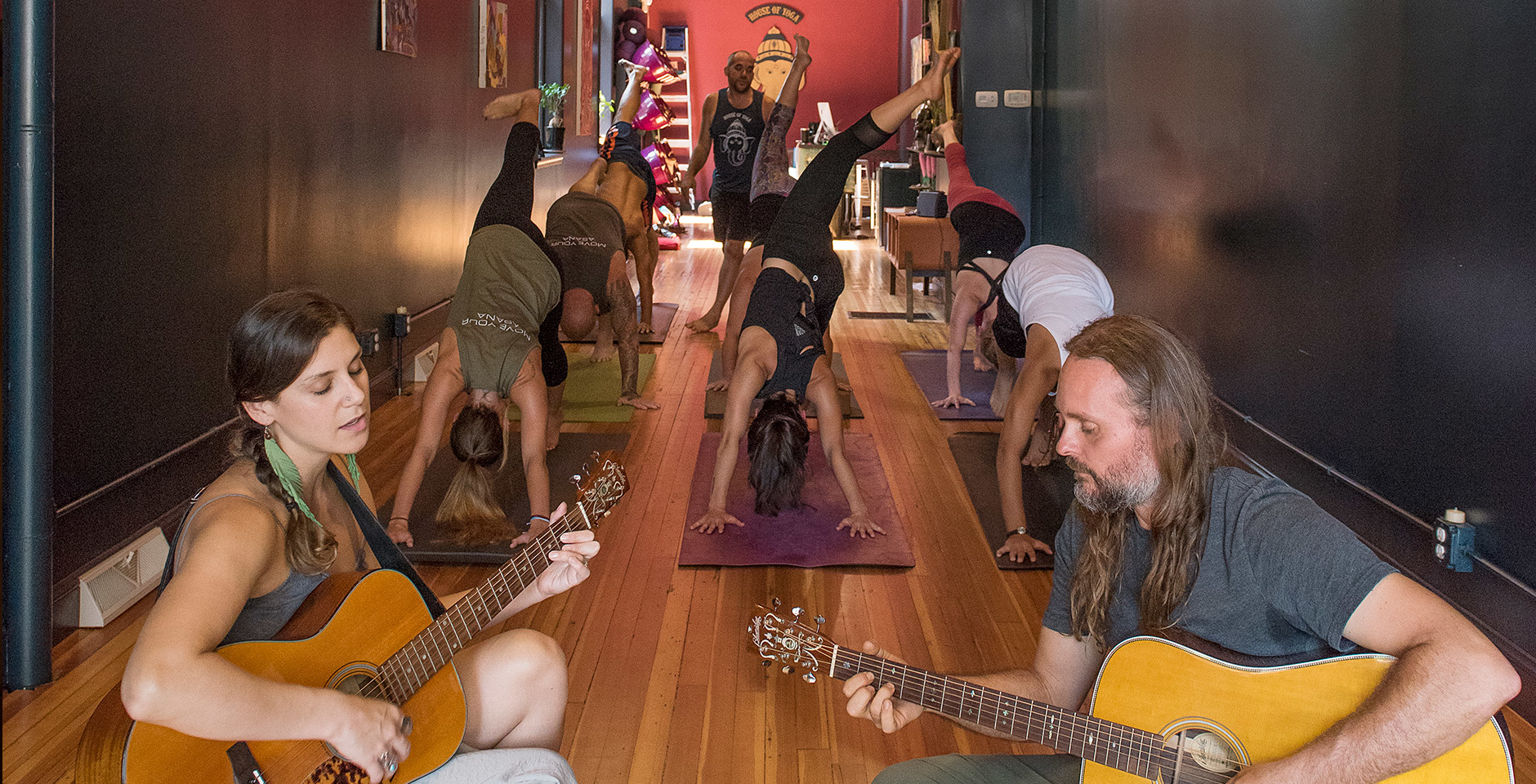 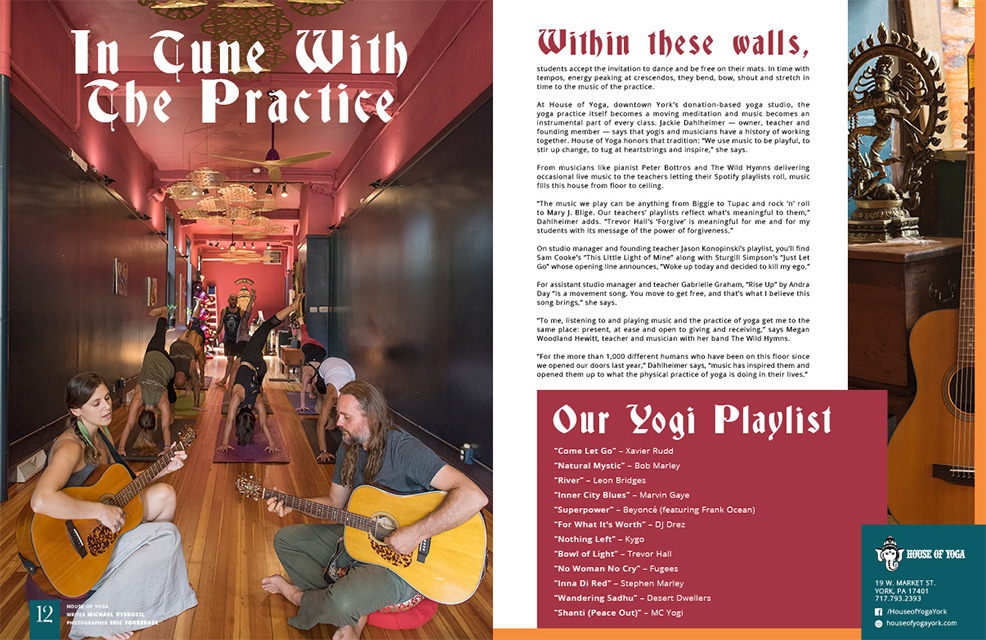 In Tune With The Practice

students accept the invitation to dance and be free on their mats. In time with tempos, energy peaking at crescendos, they bend, bow, shout and stretch in time to the music of the practice.

At House of Yoga, downtown York’s donation-based yoga studio, the yoga practice itself becomes a moving meditation and music becomes an instrumental part of every class. Jackie Dahlheimer — owner, teacher and founding member — says that yogis and musicians have a history of working together. House of Yoga honors that tradition: “We use music to be playful, to stir up change, to tug at heartstrings and inspire,” she says.

From musicians like pianist Peter Bottros and The Wild Hymns delivering occasional live music to the teachers letting their Spotify playlists roll, music fills this house from floor to ceiling.

“The music we play can be anything from Biggie to Tupac and rock ‘n’ roll to Mary J. Blige. Our teachers’ playlists reflect what’s meaningful to them,” Dahlheimer adds. “Trevor Hall’s ‘Forgive’ is meaningful for me and for my students with its message of the power of forgiveness.”

On studio manager and founding teacher Jason Konopinski’s playlist, you’ll find Sam Cooke’s “This Little Light of Mine” along with Sturgill Simpson’s “Just Let Go” whose opening line announces, “Woke up today and decided to kill my ego.”

For assistant studio manager and teacher Gabrielle Graham, “Rise Up” by Andra Day “is a movement song. You move to get free, and that’s what I believe this song brings,” she says.

“To me, listening to and playing music and the practice of yoga get me to the same place: present, at ease and open to giving and receiving,” says Megan Woodland Hewitt, teacher and musician with her band The Wild Hymns.

“For the more than 1,000 different humans who have been on this floor since we opened our doors last year,” Dahlheimer says, “music has inspired them and opened them up to what the physical practice of yoga is doing in their lives.”

House Of Yoga
Share:
Return To Issue Return To Top