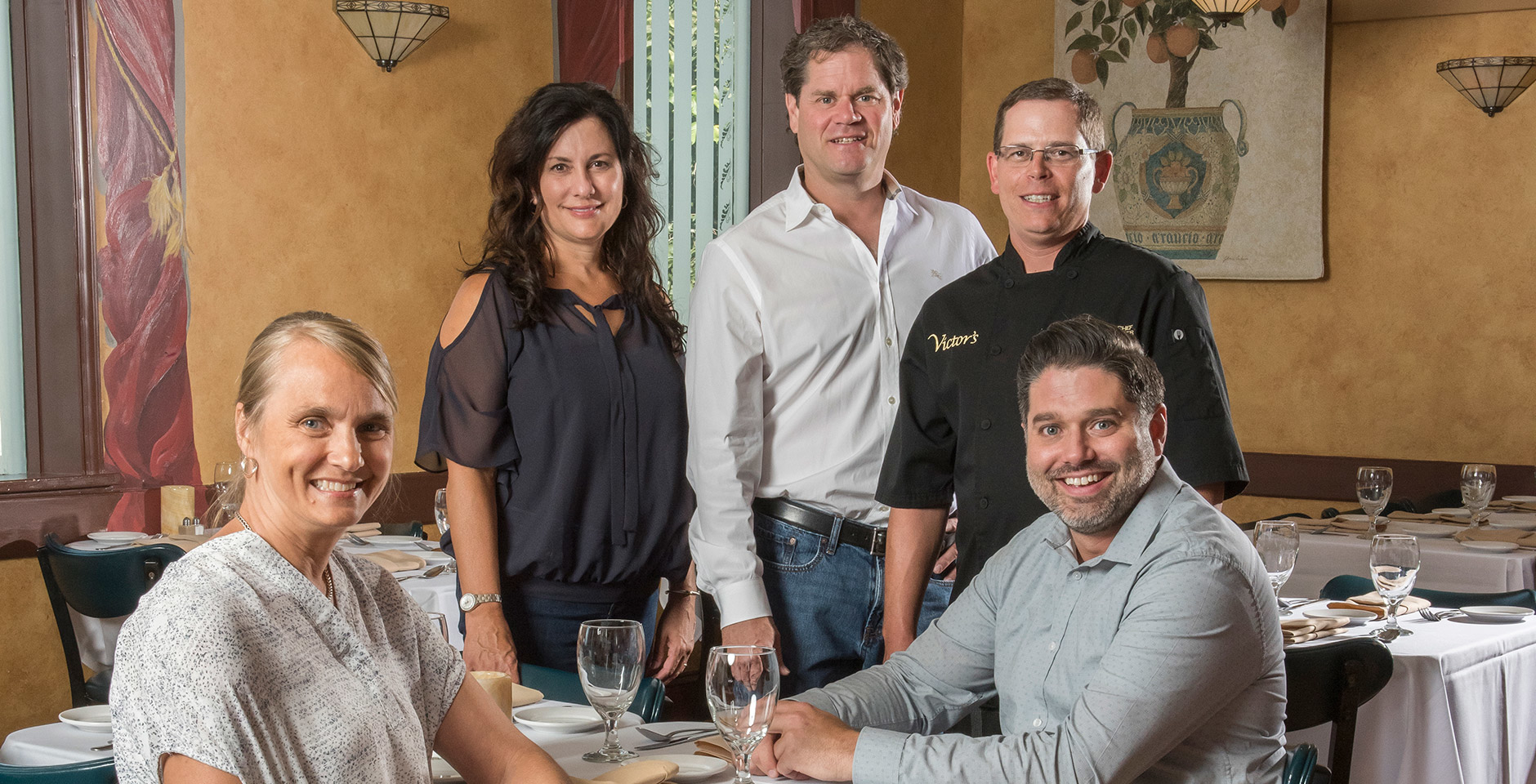 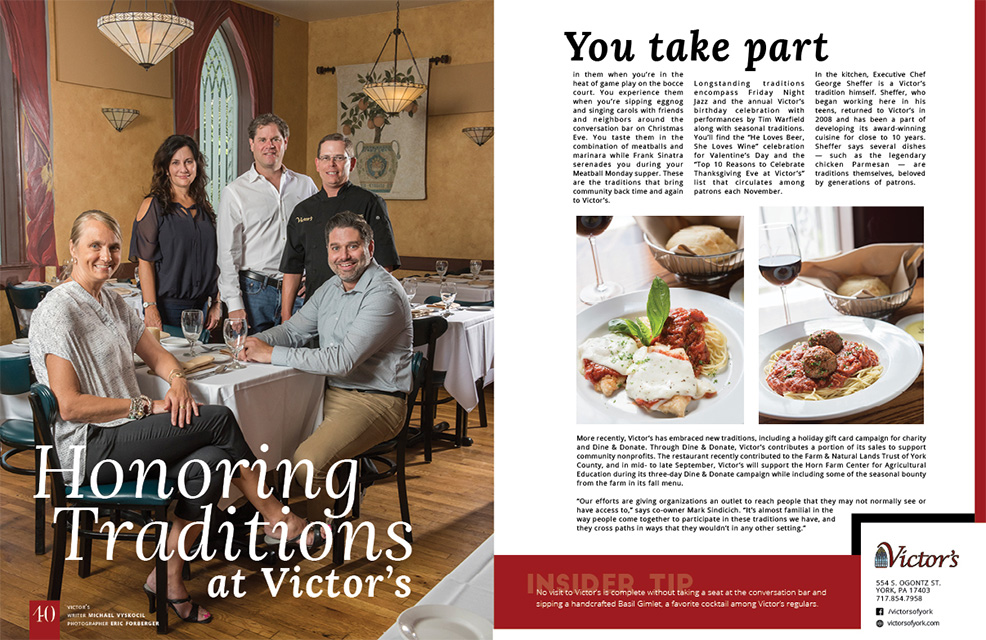 in them when you’re in the heat of game play on the bocce court. You experience them when you’re sipping eggnog and singing carols with friends and neighbors around the conversation bar on Christmas Eve. You taste them in the combination of meatballs and marinara while Frank Sinatra serenades you during your Meatball Monday supper. These are the traditions that bring community back time and again to Victor’s.

Longstanding traditions encompass Friday Night Jazz and the annual Victor’s birthday celebration with performances by Tim Warfield along with seasonal traditions. You’ll find the “He Loves Beer, She Loves Wine” celebration for Valentine’s Day and the “Top 10 Reasons to Celebrate Thanksgiving Eve at Victor’s” list that circulates among patrons each November.

In the kitchen, Executive Chef George Sheffer is a Victor’s tradition himself. Sheffer, who began working here in his teens, returned to Victor’s in 2008 and has been a part of developing its award-winning cuisine for close to 10 years. Sheffer says several dishes — such as the legendary chicken Parmesan — are traditions themselves, beloved by generations of patrons. 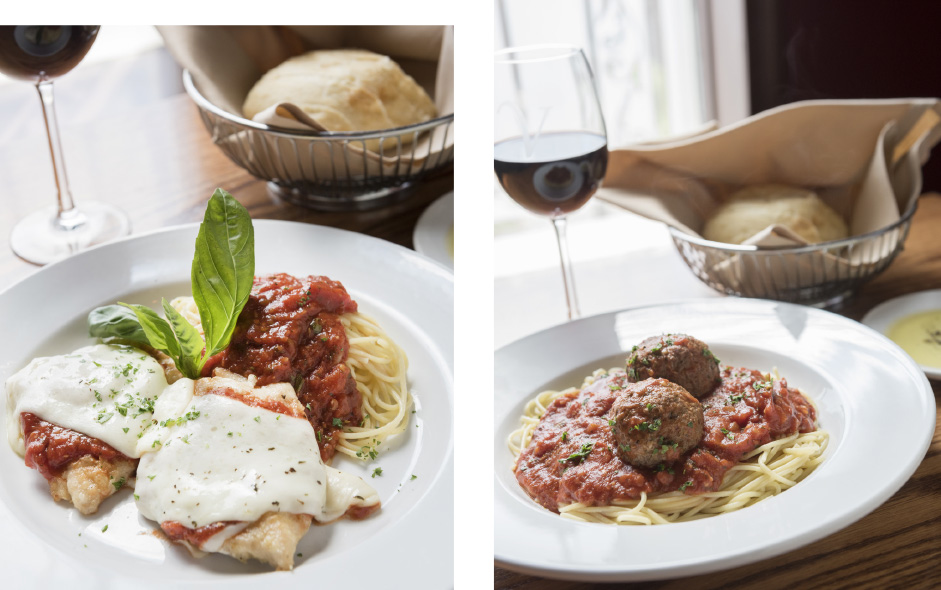 More recently, Victor’s has embraced new traditions, including a holiday gift card campaign for charity and Dine & Donate. Through Dine & Donate, Victor’s contributes a portion of its sales to support community nonprofits. The restaurant recently contributed to the Farm & Natural Lands Trust of York County, and in mid- to late September, Victor’s will support the Horn Farm Center for Agricultural Education during its three-day Dine & Donate campaign while including some of the seasonal bounty from the farm in its fall menu.

“Our efforts are giving organizations an outlet to reach people that they may not normally see or have access to,” says co-owner Mark Sindicich. “It’s almost familial in the way people come together to participate in these traditions we have, and they cross paths in ways that they wouldn’t in any other setting.”

No visit to Victor’s is complete without taking a seat at the conversation bar and sipping a handcrafted Basil Gimlet, a favorite cocktail among Victor’s regulars.