A Giving Culture for Community Banking

In 2002, 13 individuals set out to revitalize the culture of community banking. Their mission was to create more than a place, but a movement. Today, that movement parallels the renewed activity taking place in downtown York and the greater York community. York Traditions Bank has been at the heart of this movement by actively participating in the community’s growth over the past 15 years. 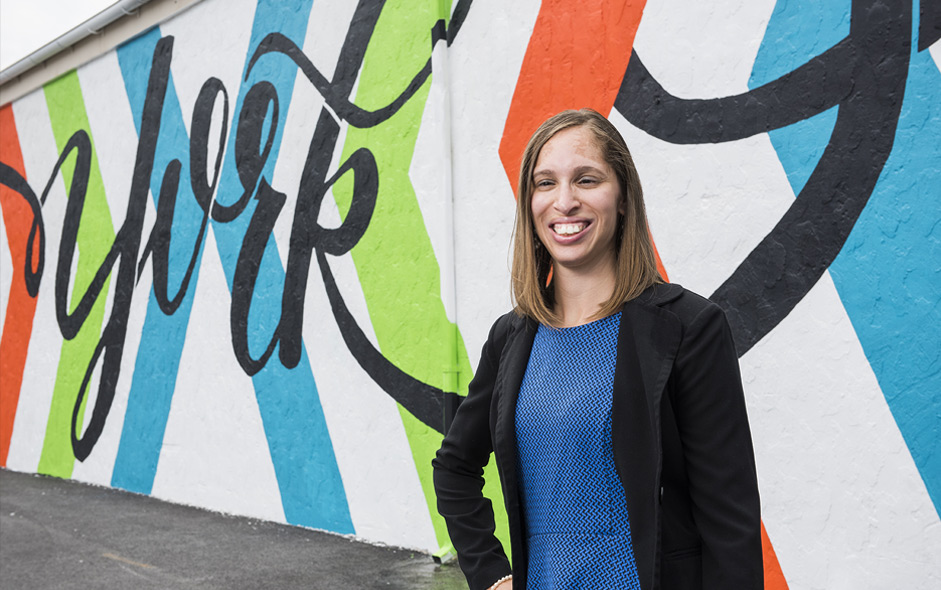 For Riley-Platt, taking part in York Young Professionals (page 22) activities introduced her to many people performing volunteer service work in York. Those connections led her to serve on the Junior Board of the York YWCA where she became involved with Girls on the Run. Recently, she joined the main YWCA Board. “Volunteerism has helped me grow in my career by developing leadership skills and creating a great network. I am thankful to York Traditions Bank for encouraging me to pursue the volunteer opportunities that are so meaningful to me.”

Throughout his nearly three decades of living in and working in York, Hady has and continues to serve as a volunteer leader for many organization boards and activities, including York County Honors Choirs, United Way, Appell Center for the Performing Arts and York County Community Foundation. “Each of us is given gifts, and each of us has that responsibility to use them,” he says. “Here at York Traditions Bank, giving back is valued. Our associates touch so many worthy organizations making such a huge impact around York.” 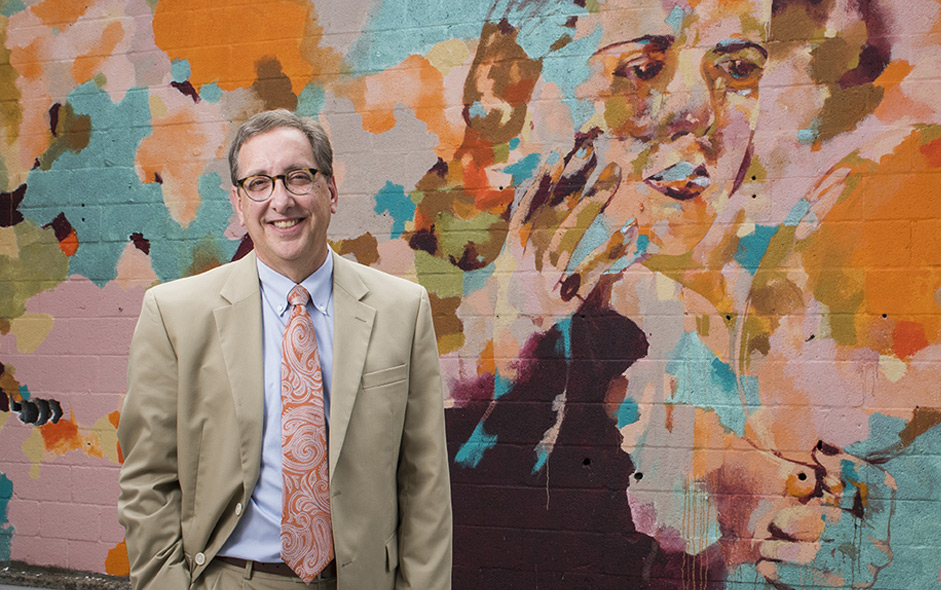 That impact can be seen not only in the dollars donated over the past 15 years (more than $1.2 million), but also in the enduring partnerships maintained with community organizations. For example, York Traditions Bank’s partnership with Eventive — the event planning arm of the York Revolution — makes traditions such as the York Halloween Parade, FestivICE and July4York possible.

You, too, can find your own ways to contribute to this dynamic movement in York. “It’s all about passion,” Hady says. “Find something you’re passionate about and then do something: Get involved.”

*On August 22, York Traditions Bank announced plans (subject to customary regulatory approvals) to open a downtown York branch at 100-102 N. George St. The branch is expected to open in the spring of 2018. 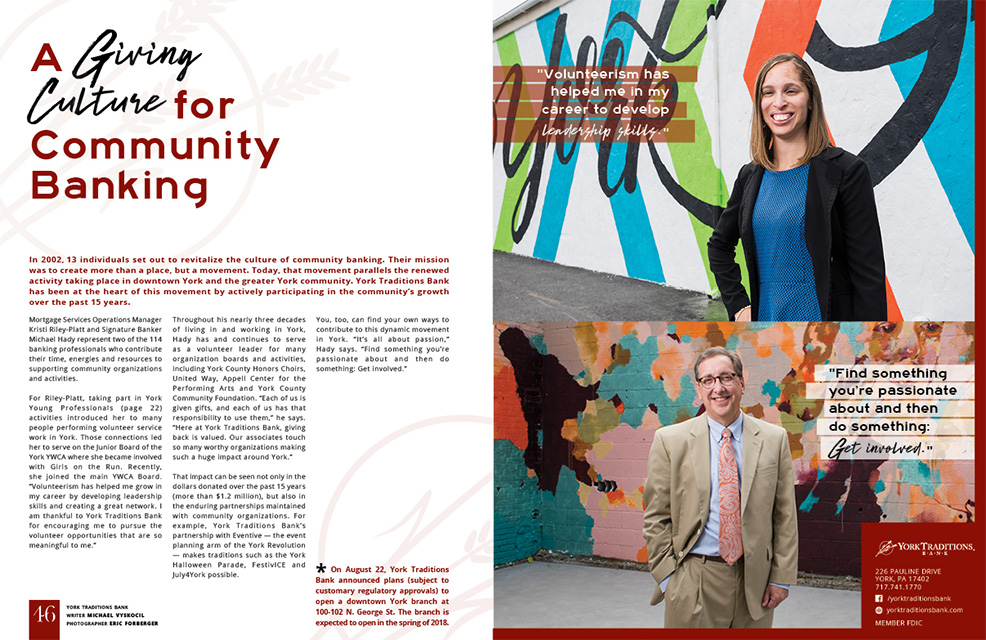