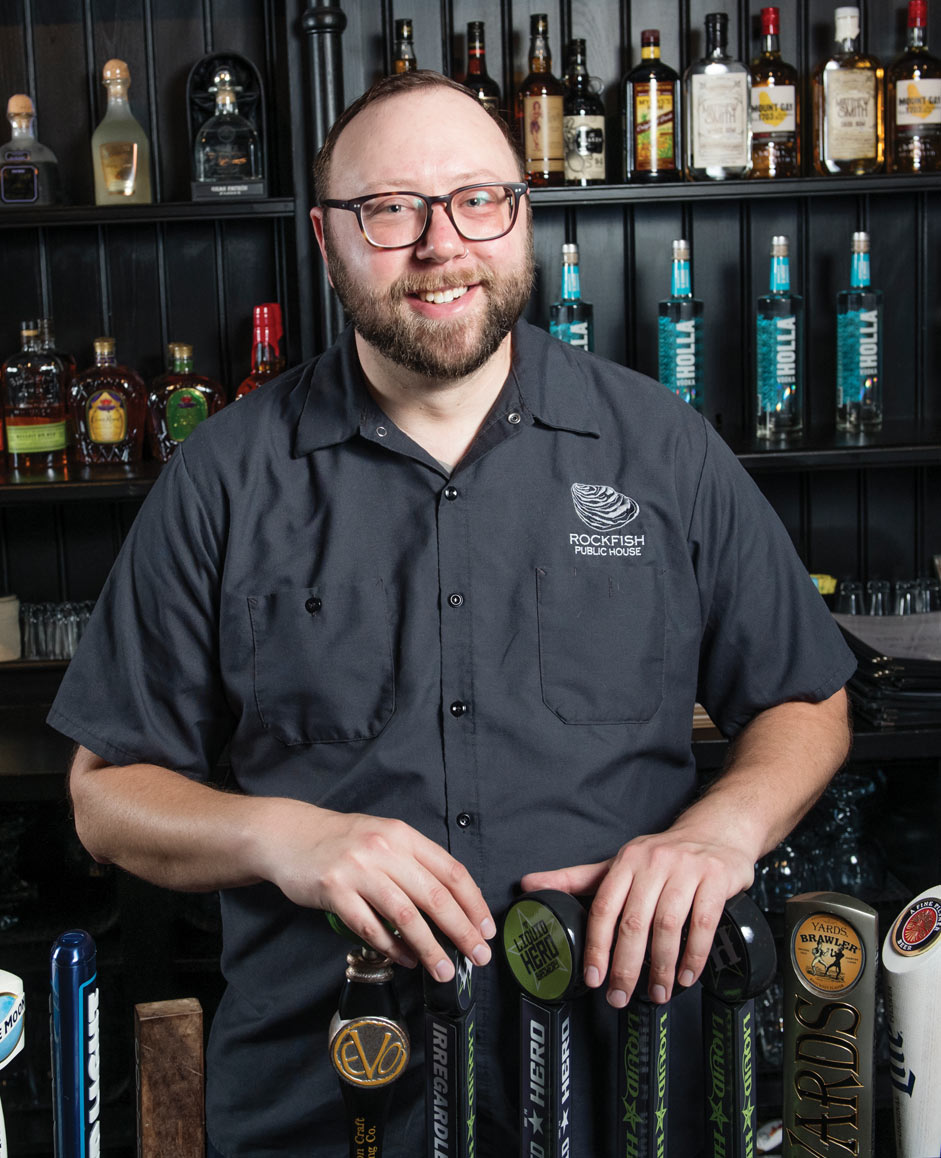 Summer breezes carry the scents of sea air mixed with overtones of Chesapeake Bay seasoning. A bushel of steamed crabs and sunsets over the bay were familiar scenes for Robert Faucette. Growing up in Annapolis, Maryland, with his family, he learned early on that quality is everything when it comes to a top-rate experience with seafood.

Now as the new general manager of Rockfish Public House, Faucette has the privilege of serving guests the most creative cuisine where premium seafood stars. No stranger to the York restaurant scene, this 15-year industry veteran has held positions as pastry chef at the Yorktowne Hotel, general manager for the Roburrito’s enterprise and director of operations for Taste Test: A Restaurant Incubator in downtown York.

York’s proximity to major metropolitan hubs such as Baltimore and Philadelphia, Faucette says, is a gem for sourcing the highest quality seafood from the Chesapeake Bay, New England and Gulf Coast regions of the United States.

You haven’t tasted a fresh oyster until you’ve sampled the freshly shucked Rockfish Pub Oysters, cultivated exclusively for Rockfish by Madhouse Oysters of Hoopers Island, Maryland. Pair them with a glass of one of the 24 draft beers on tap, and you’ve got the makings of casual summer dining in downtown York.

Along with the lobster rolls, fresh fish prepared your way, shrimp, shellfish and crab, guests can also indulge in the flavor-packed Hynes 57 filet mignon specialty (no sauce needed) and the sweetness of a slice of Smith Island Cake.

The downtown York restaurant community itself, Faucette says, offers a treasure that has made his career in the hospitality industry so meaningful. “For the most part, all of the restaurateurs here communicate well with one another and help each other out. What’s kept me working in York is this sense of community. York is a really beautiful small town, and seeing it come back to prosperity is something I appreciate.” 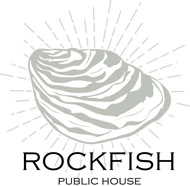 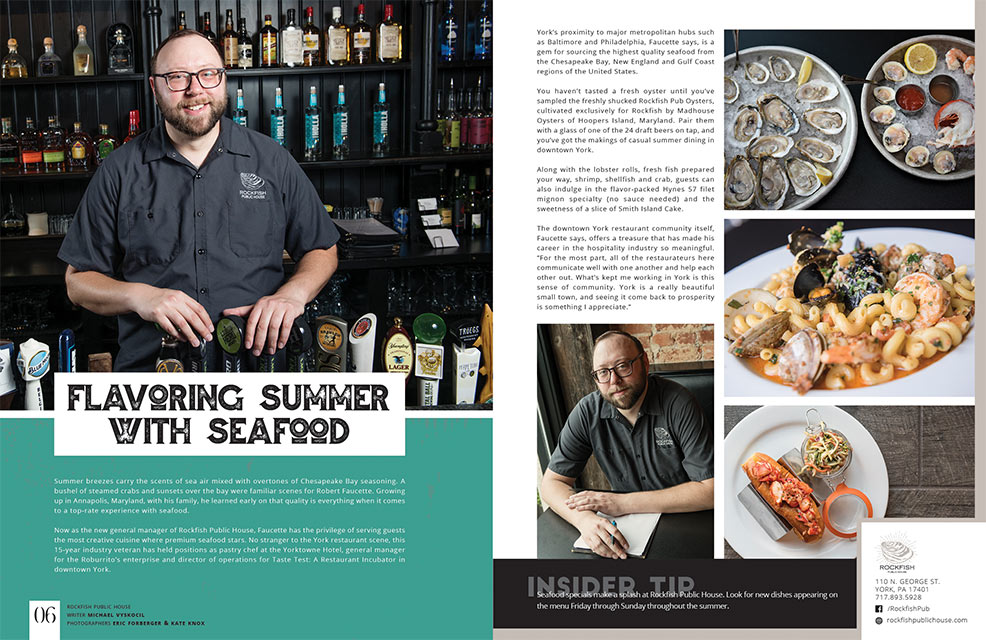