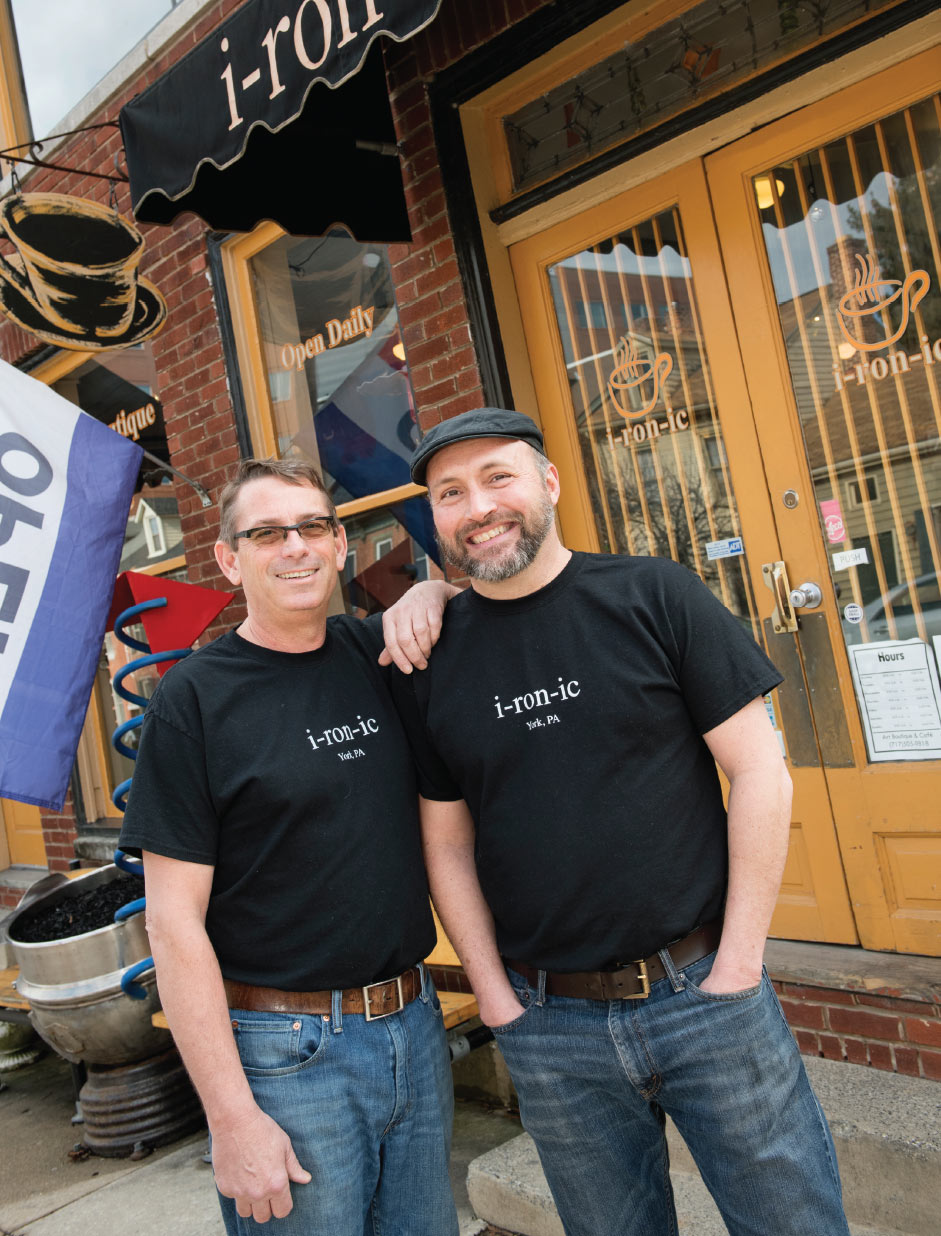 A cunning creative, a business professional: Since 2014, two dynamos have been a community-transforming force for downtown York. At the heart of York, you’ll find Dave Smith and Steve Billet dreaming up another venture together.

Billet, a realtor, and Smith, a landscape designer, set their sights on downtown York following their return from Rehoboth Beach, Delaware, in 2014. They acquired a condemned building on West Philadelphia Street and shaped an art, coffee and conversation hub in York’s WeCo (West of the Codorus) neighborhood: i-ron-ic.

Both Billet and Smith sensed that York was primed to fuel its resurgence. But people needed a way of uniting with one another to share ideas and make big things happen.

“We became that connector,” Smith says. “Steve and I like to build and create.”

Since 2014, these builders have fostered partnerships and shaped experiences including Creek Fire along the Codorus Creek and Foundry Park Boat Basin and the human-powered Pedicabs. For York’s 275th Birthday Bash, they used a Willy Wonka–themed fundraiser involving Wolfgang Confectioners chocolate bars and golden tickets. The event brought a diverse group of people together for a family-style meal at tables that extended for more than a block in WeCo.

While Billet and Smith may approach ideas from different perspectives — one from art, one from business — at the core of their DNA is a focus on the finest details. Expanding on the original i-ron-ic idea, they opened a takeout coffee window, i-ron-ic Squared, along West Market Street near Continental Square’s northwest quadrant, in 2017. They are also optimistic about a potential partnership that may further the reach of their brand.

But Billet and Smith don’t profess to have a duopoly on big ideas. “There’s a fun factor to everything we do,” Billet says, “and many groups, individuals and organizations want to foster the creative energy happening in York. There’s a lot we’ve done and are doing that has encouraged other people to get involved.” 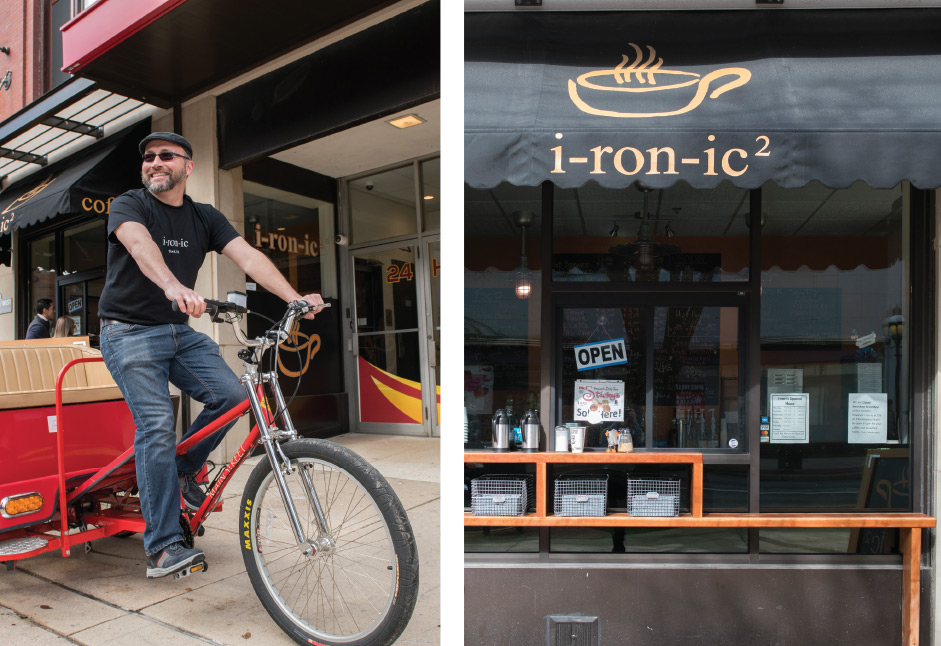 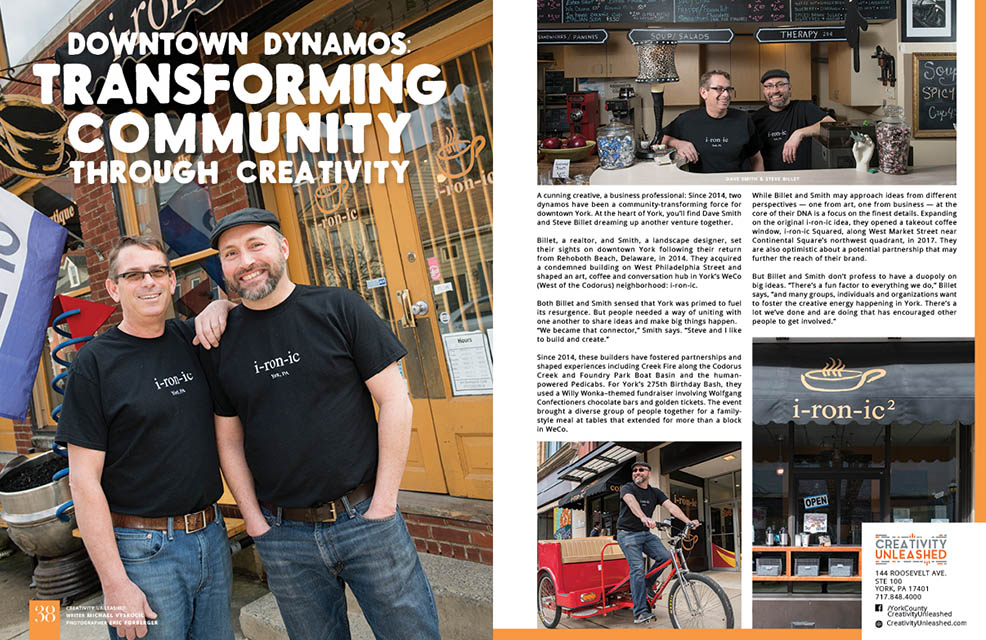