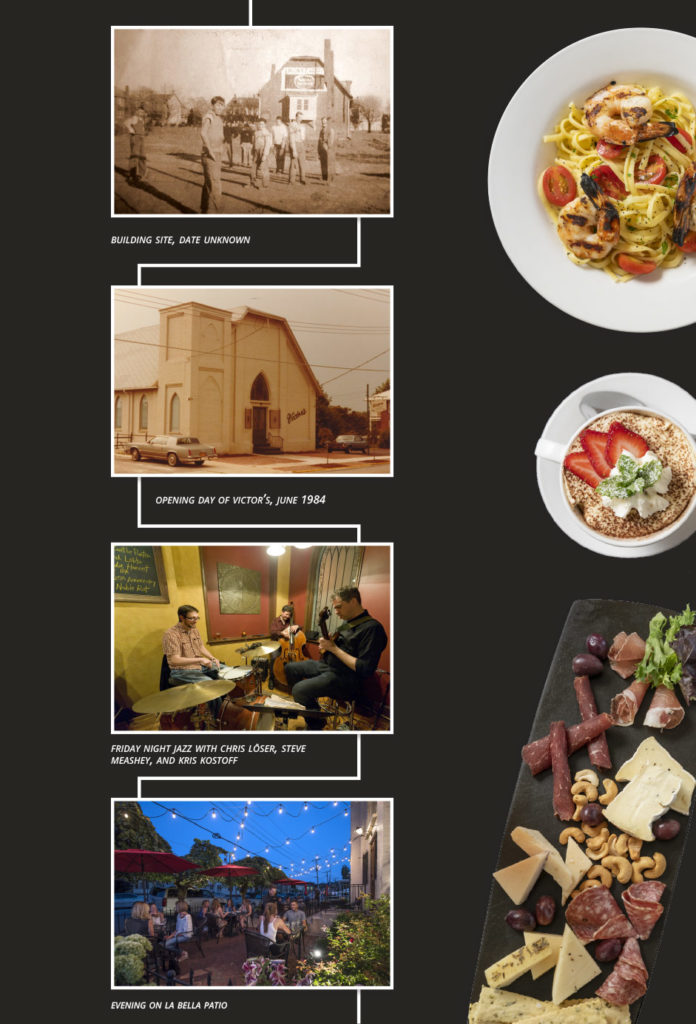 The meals, the music, the memories … for 35 years, Victor’s Italian Restaurant has given guests these experiences from within the setting of a friendly neighborhood Italian trattoria. Over those 3 1/2 decades, patrons have taken part in traditions such as the annual summer bocce league and Christmas Eve caroling and eggnog party. They’ve gathered with friends, family and neighbors around Victor’s inviting conversation bar while the tunes of Friday Night Jazz mingle with the flavors of food, beers, wines and cocktails reflecting a heritage of Italian-style cooking and entertaining.

Owners Mark and Marie Sindicich and the staff take pride in upholding the comfortable family atmosphere that has been Victor’s signature quality since 1984. “I think the highest compliment we get about Victor’s is that people find it comfortable,” Mark says, “and, ultimately, I think that’s something everybody is looking for.”

It’s the comfort you get sitting down to dinner and enjoying Victor’s classic dishes: Veal Saltimbocca, the Parmesans (eggplant, chicken and veal), the Chicken Piccata or the Shrimp and Clams prepared by a welcoming team who treats you like family. It’s the comfort of having jazz impresarios Kris Kostoff, Jeff Stabley, Tim Warfield, Chris Lōser and Steve Meashey entertain you as they perform live during Friday Night Jazz, which also celebrates its 10th anniversary this year. It’s the comfort of participating in some friendly competition over a game of bocce in Victor’s backyard. This year — the 35th anniversary year for bocce at Victor’s — 66 teams competed in its summer bocce league.

“The building has its own soul,” Marie says. “It’s almost like you’re entertaining in your home, and people are just moving around the restaurant like they would move around your home if they were there.”

And what makes this celebrazione trentacinque such a milestone in the restaurant’s legacy is the loyalty of the friends and patrons who have made Victor’s their second place to call home. For all ages, for all tastes and for all of life’s special occasions, Victor’s has and will continue to be the place where York comes for meals, music and memories.

“The flavor of Victor’s Italian Restaurant is reflected in the amazing people and award-winning food that comprise 35 years of Victor’s history and traditions in our neighborhood trattoria.” 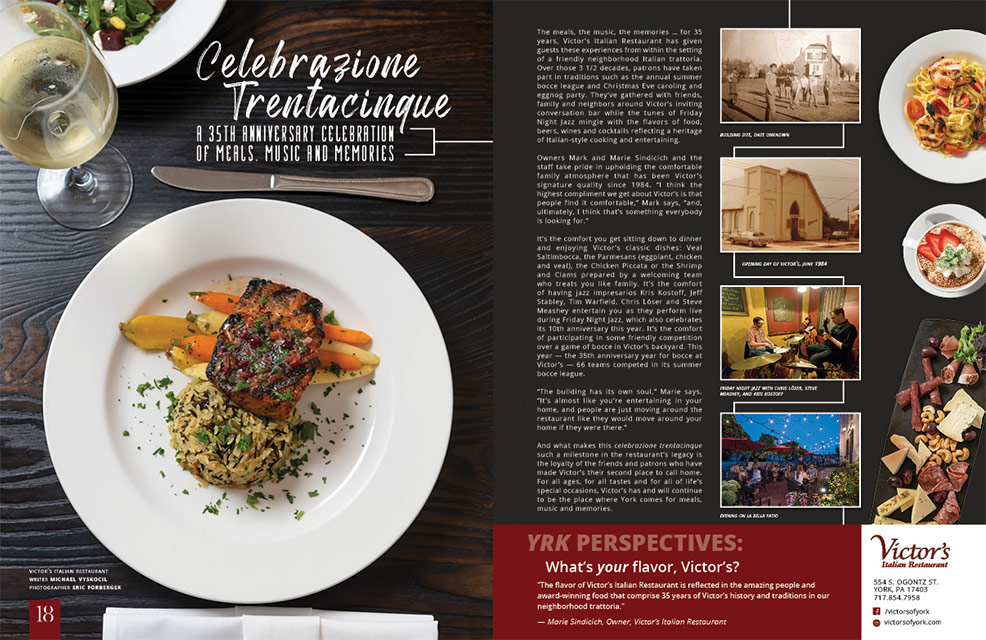