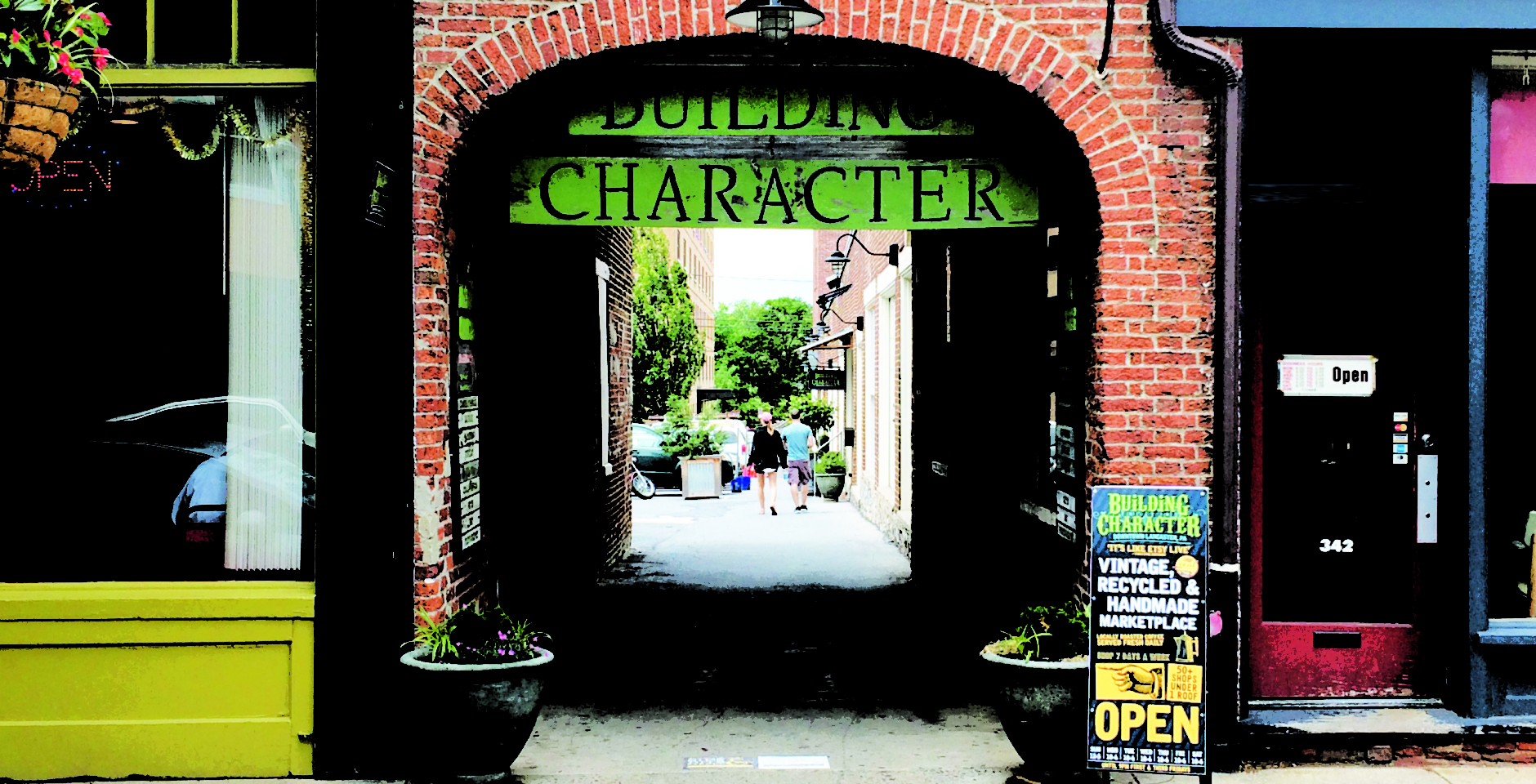 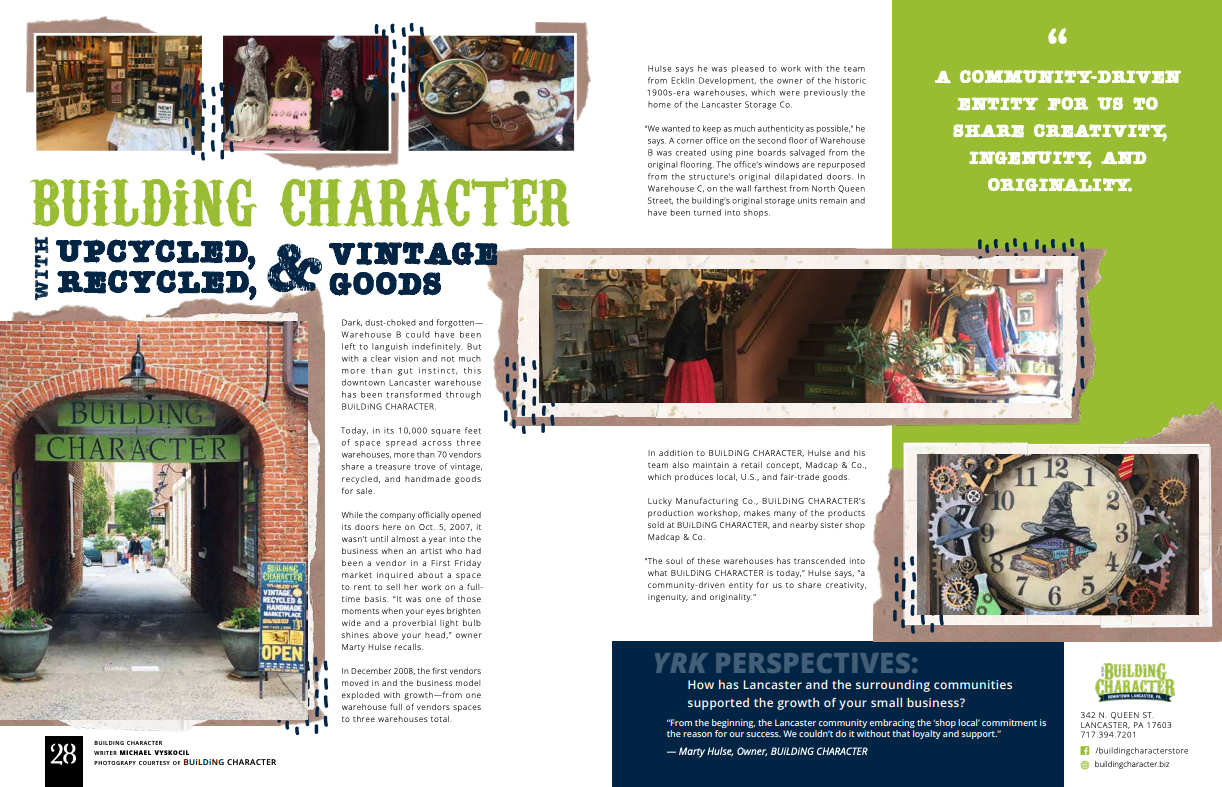 Dark, dust-choked and forgotten—Warehouse B could have been left to languish indefinitely. But with a clear vision and not much more than gut instinct, this downtown Lancaster warehouse has been transformed through BUiLDiNG CHARACTER.

Today, in its 10,000 square feet of space spread across three warehouses, more than 70 vendors share a treasure trove of vintage, recycled, and handmade goods for sale.

While the company officially opened its doors here on Oct. 5, 2007, it wasn’t until almost a year into the business when an artist who had been a vendor in a First Friday market inquired about a space to rent to sell her work on a full-time basis. “It was one of those moments when your eyes brighten wide and a proverbial light bulb shines above your head,” owner Marty Hulse recalls.

In December 2008, the first vendors moved in and the business model exploded with growth—from one warehouse full of vendors spaces to three warehouses total.

Hulse says he was pleased to work with the team from Ecklin Development, the owner of the historic 1900s-era warehouses, which were previously the home of the Lancaster Storage Co.

“We wanted to keep as much authenticity as possible,” he says. A corner office on the second floor of Warehouse B was created using pine boards salvaged from the original flooring. The office’s windows are repurposed from the structure’s original dilapidated doors. In Warehouse C, on the wall farthest from North Queen Street, the building’s original storage units remain and have been turned into shops.

In addition to BUiLDiNG CHARACTER, Hulse and his team also maintain a retail concept, Madcap & Co., which produces local, U.S., and fair-trade goods.

“The soul of these warehouses has transcended into what BUiLDiNG CHARACTER is today,” Hulse says, “a community-driven entity for us to share creativity, ingenuity, and originality.”

How has Lancaster and the surrounding communities supported the growth of your small business?
“From the beginning, the Lancaster community embracing the ‘shop local’ commitment is the reason for our success. We couldn’t do it without that loyalty and support.”
— Marty Hulse, Owner, BUiLDiNG CHARACTER 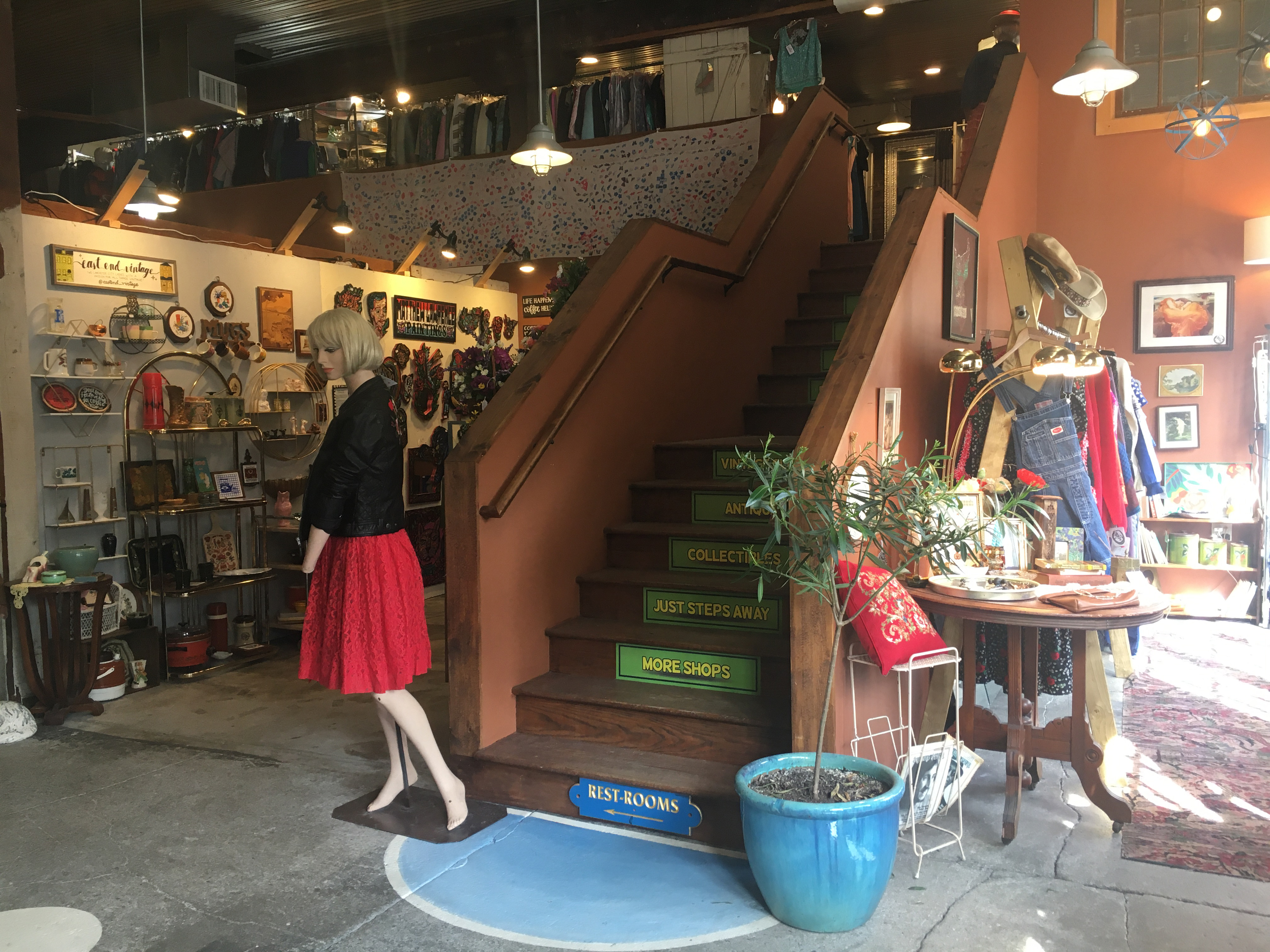 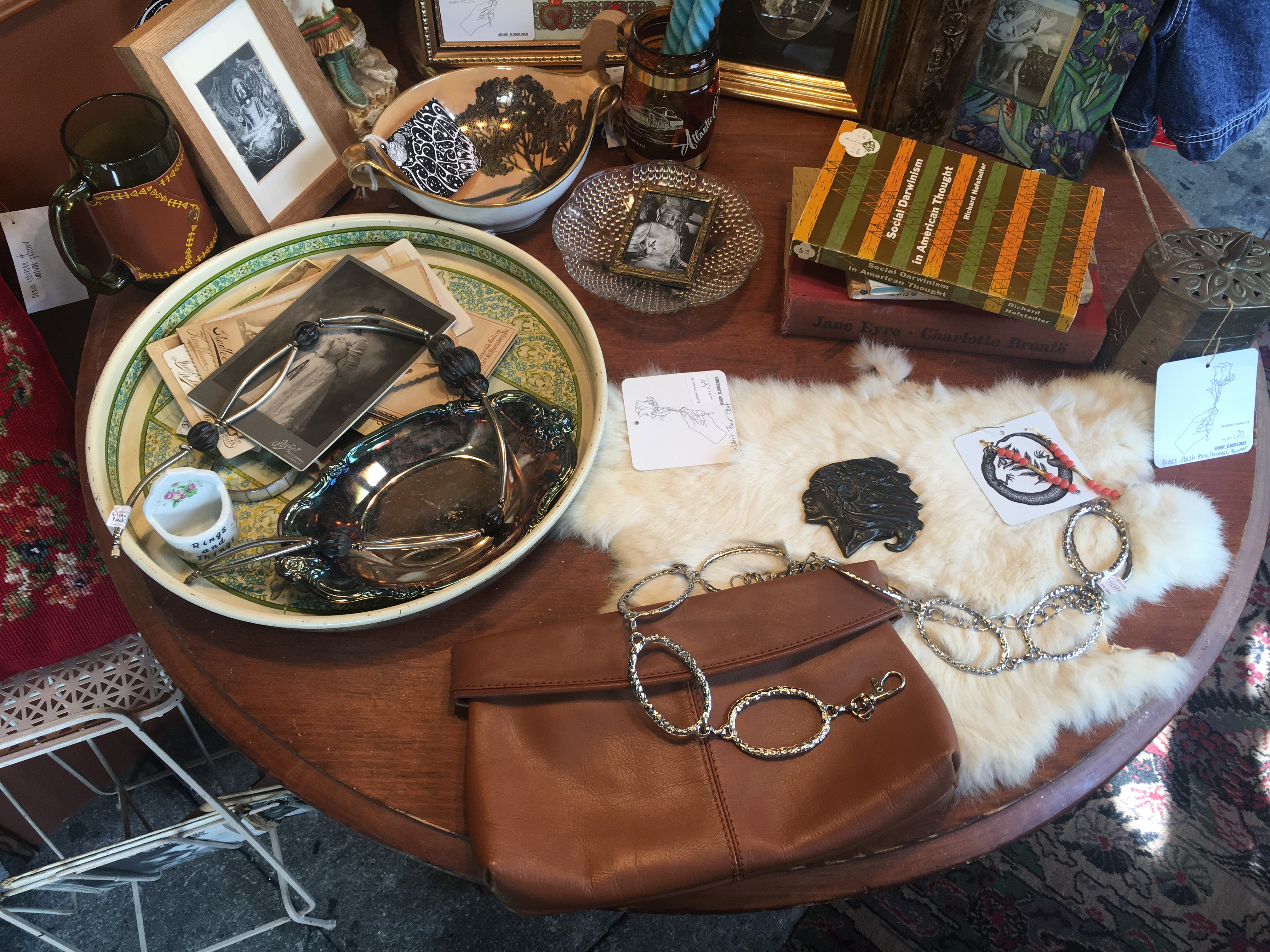 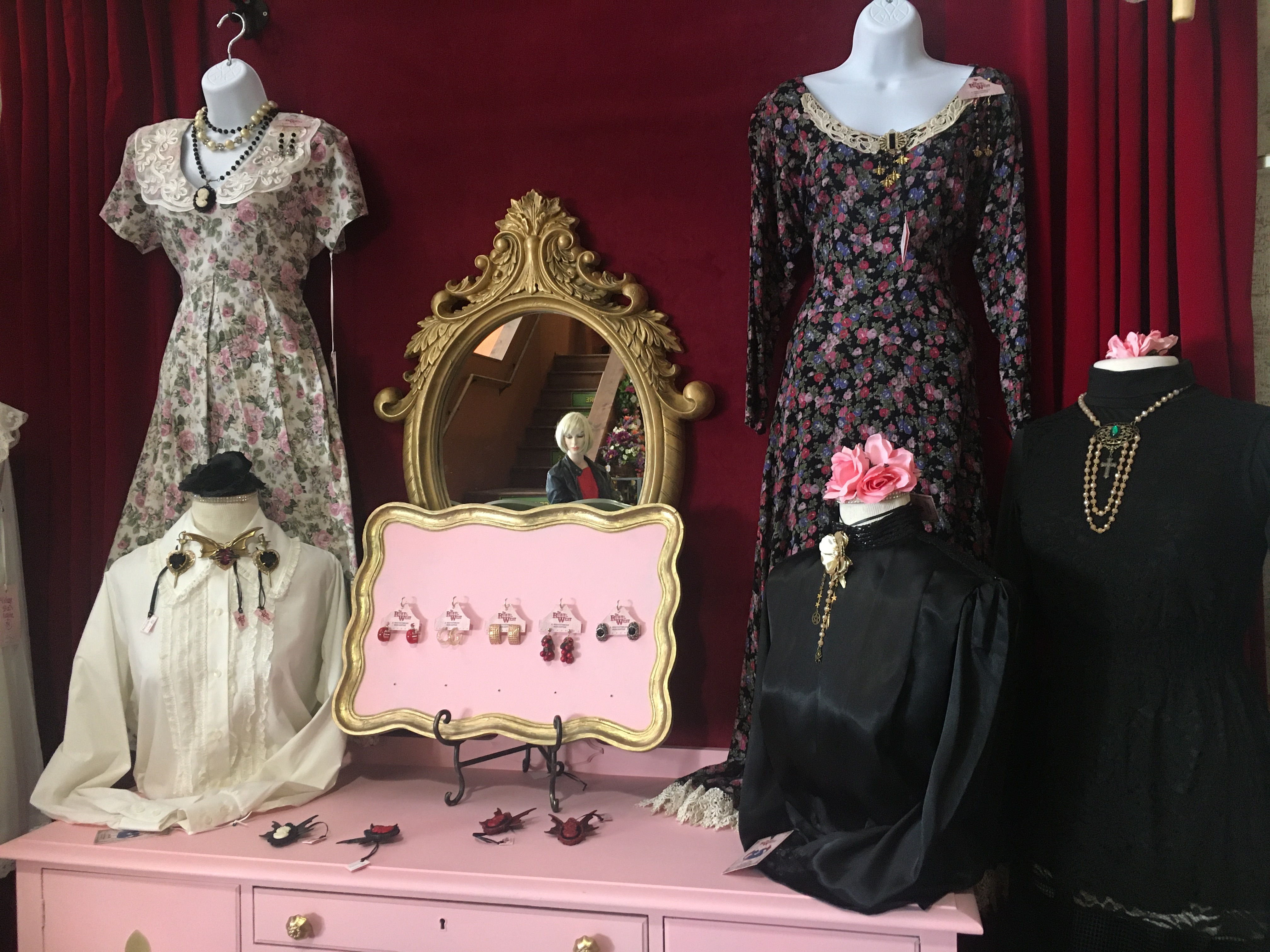