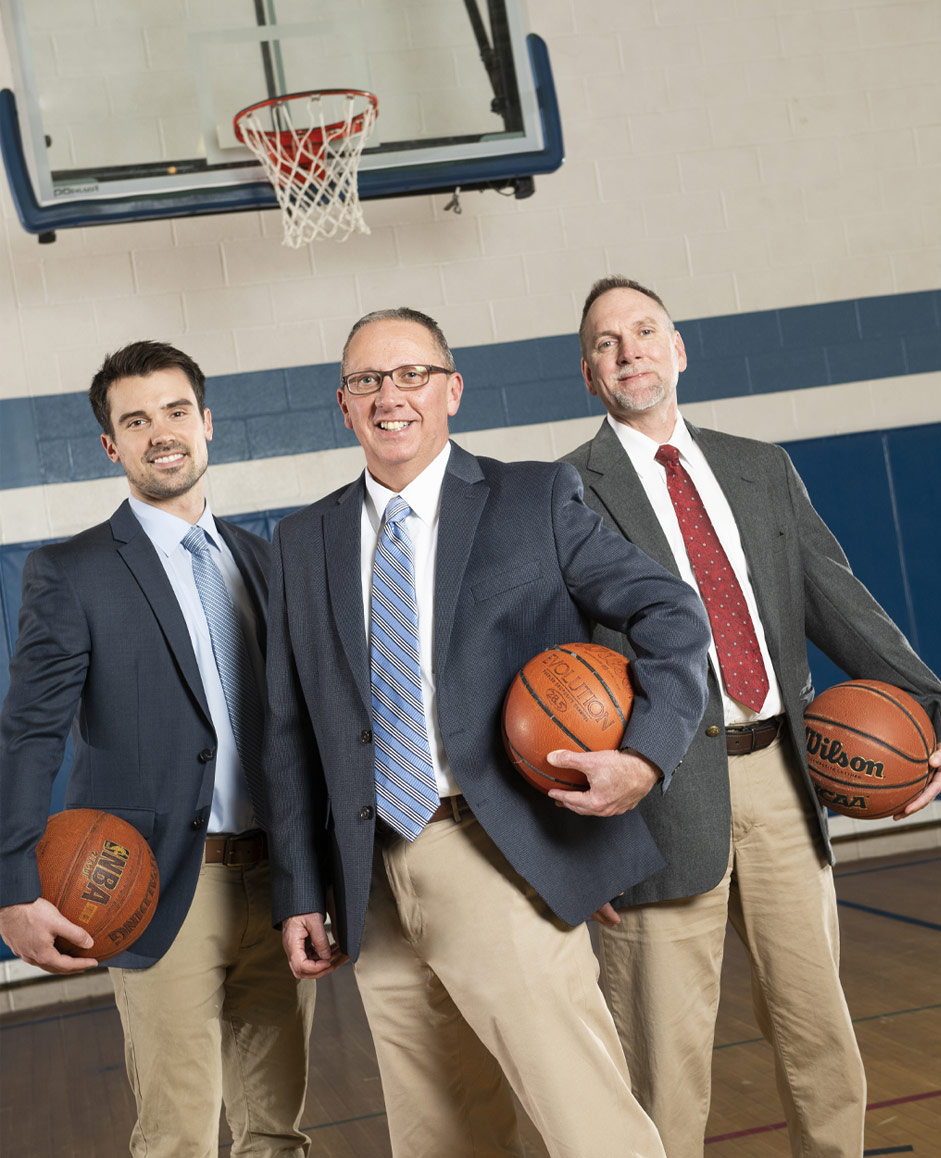 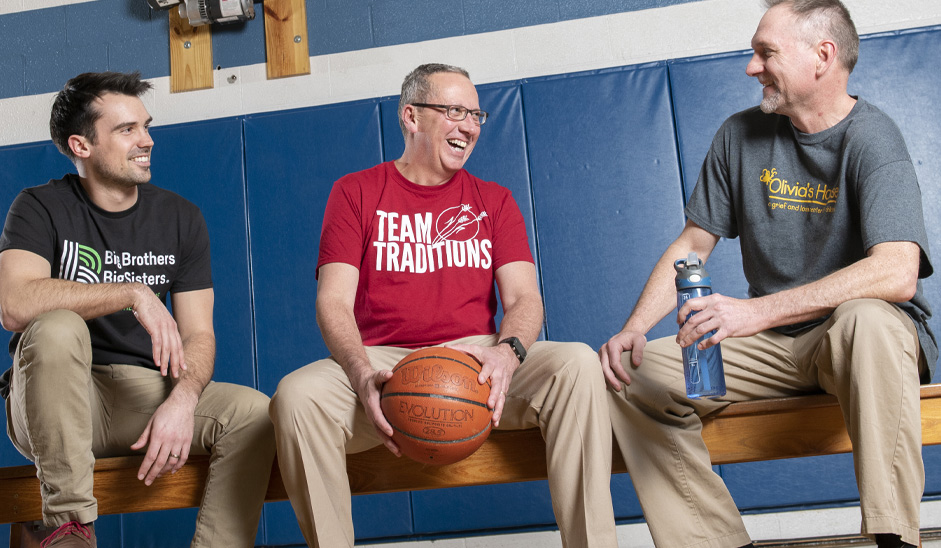 Mike Huson learned that being part of a team is not just about winning a game. It’s about always bringing your best effort, earning your teammates’ trust and accomplishing great things together.

During his high school basketball career at Red Lion High School, Mike was teammates with Devin and Kevin Bunner, two great friends who shared his love of basketball. Devin — who later taught at and coached basketball for Kennard-Dale High School — died in 2004, leaving a legacy of dedication to community and youth.

To show support for the family and honor his teammate and good friend, Huson and others organized the inaugural Devin Bunner Memorial Golf Outing at Briarwood Golf Club. Sixteen years later, this annual event has raised more than $100,000 for charities such as Big Brothers Big Sisters of York and Adams Counties, Olivia’s House Grief & Loss Center and the Devin Bunner Scholarship Fund for graduating Red Lion basketball players.

Carrying forward his love of basketball and mentoring youth, Huson went on to become an assistant coach with the Dallastown boys varsity basketball team from 1996 to 2004. At Dallastown, he helped to coach Taylor Gingerich, a hard-working teen who desired to make a difference for others. After graduating from college, Gingerich moved back to the York area and decided to get involved in his community. By coincidence, Gingerich and Huson joined the Big Brothers Big Sisters board of directors at the same time and now work together to positively impact youth in York and Adams counties.

“Having the opportunity to coach and mentor others helps you build a team with great chemistry,” he says. “At York Traditions Bank, we communicate and work really well together. It’s what helps us deliver our high quality of customer service and give back to the community we serve.”

How is York Traditions Bank making a big impact with small-to medium-size businesses in York?

“By remaining customer focused and relationship driven, we help local businesses grow and realize their goals and dreams.” 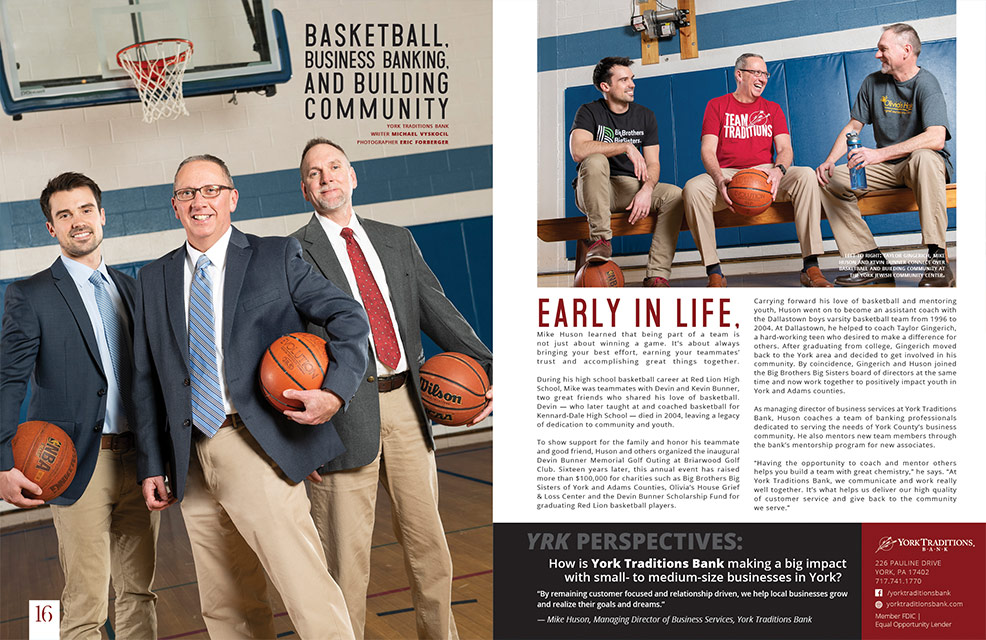