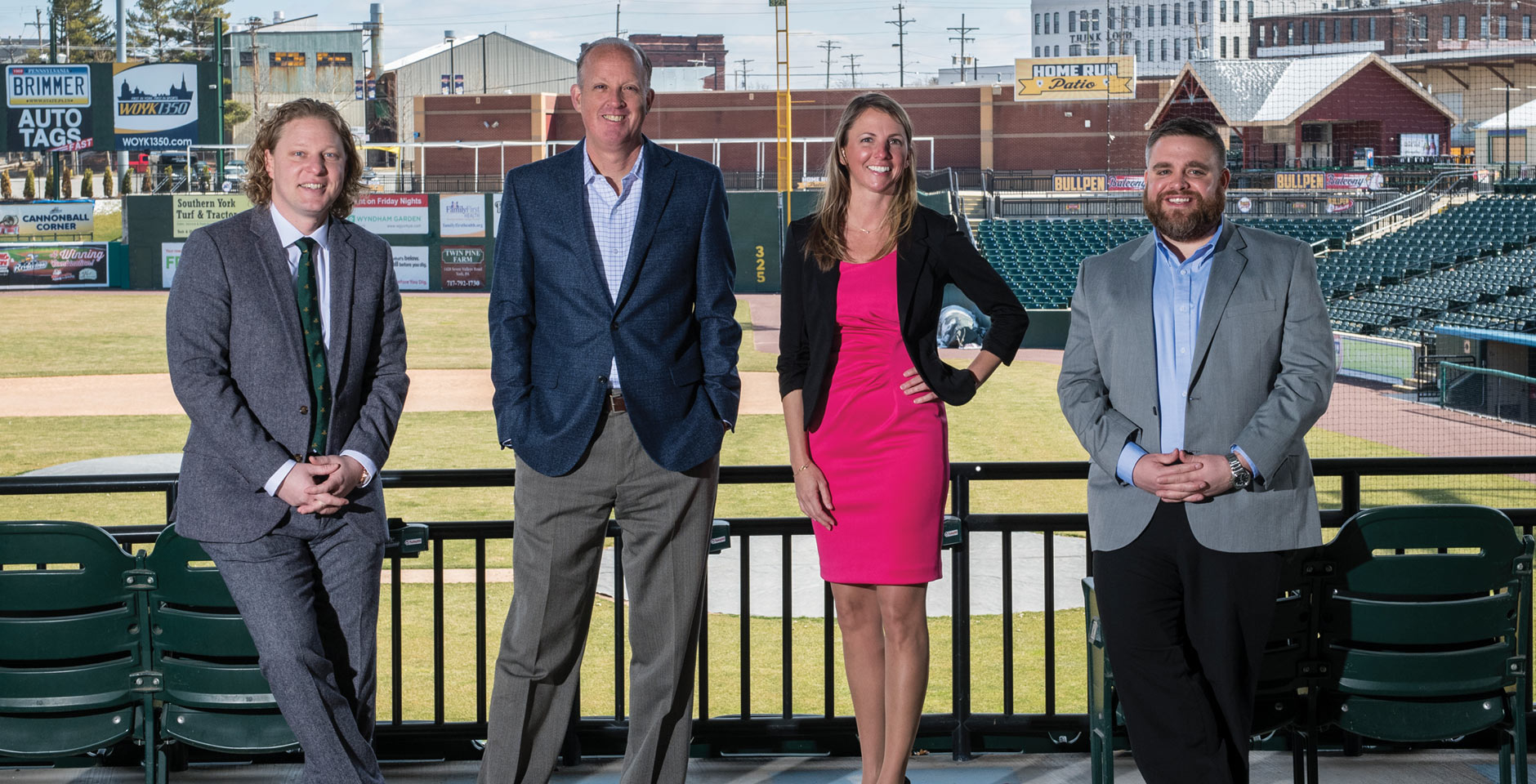 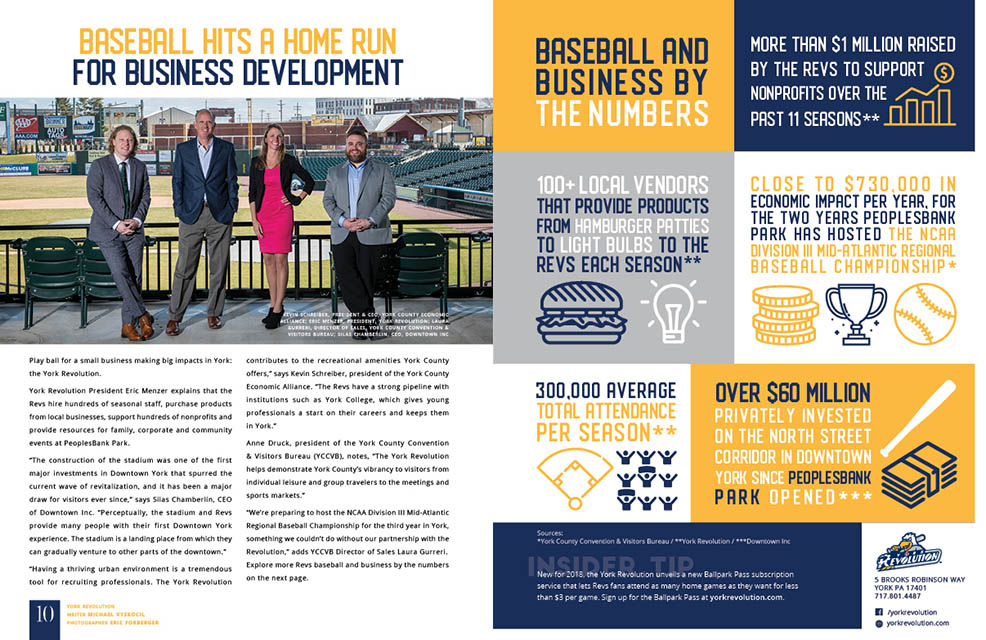 “The construction of the stadium was one of the first major investments in Downtown York that spurred the current wave of revitalization, and it has been a major draw for visitors ever since,” says Silas Chamberlin, CEO of Downtown Inc. “Perceptually, the stadium and Revs provide many people with their first Downtown York experience. The stadium is a landing place from which they can gradually venture to other parts of the downtown.”

“Having a thriving urban environment is a tremendous tool for recruiting professionals. The York Revolution contributes to the recreational amenities York County offers,” says Kevin Schreiber, president of the York County Economic Alliance. “The Revs have a strong pipeline with institutions such as York College, which gives young professionals a start on their careers and keeps them      in York.”

“We’re preparing to host the NCAA Division III Mid-Atlantic Regional Baseball Championship for the third year in York, something we couldn’t do without our partnership with the Revolution,” adds YCCVB Director of Sales Laura Gurreri.

Explore more Revs baseball and business by the numbers on the next page.

New for 2018, the York Revolution unveils a new Ballpark Pass subscription service that lets Revs fans attend as many home games as they want for less than $3 per game. Sign up for the Ballpark Pass at yorkrevolution.com.