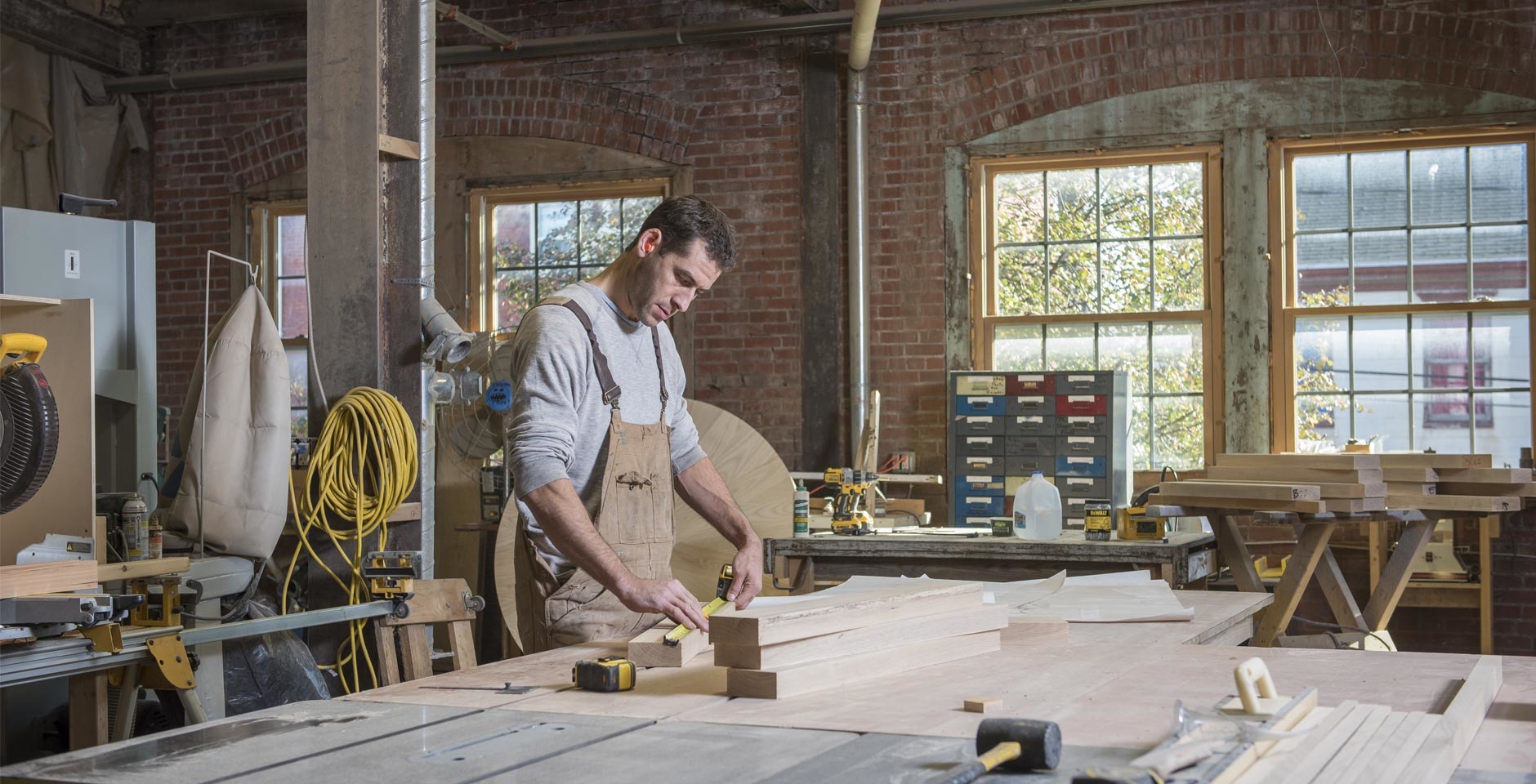 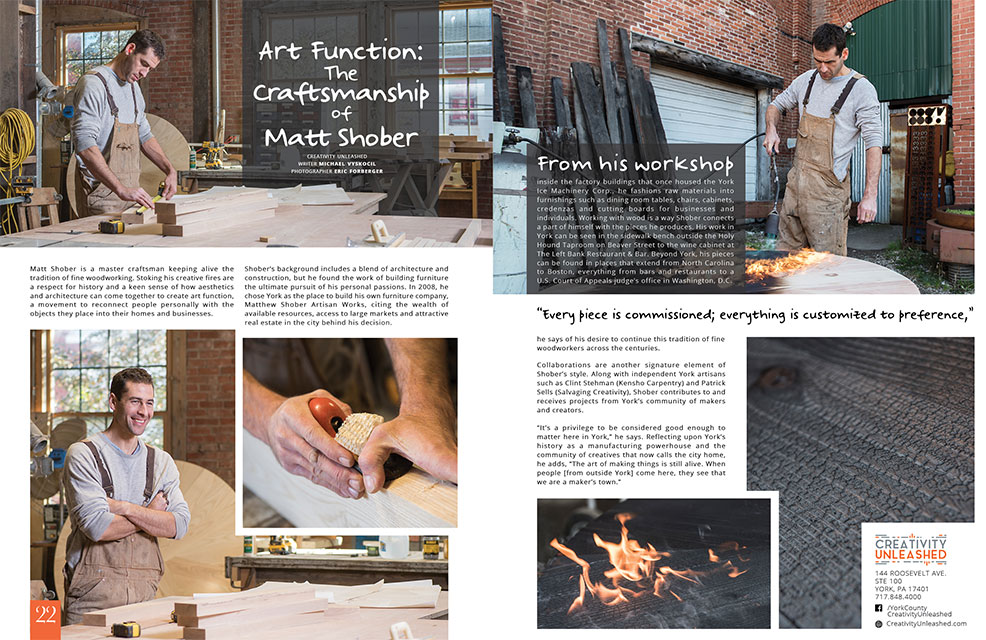 Matt Shober is a master craftsman keeping alive the tradition of fine woodworking. Stoking his creative fires are a respect for history and a keen sense of how aesthetics and architecture can come together to create art function, a movement to reconnect people personally with the objects they place into their homes and businesses.

Shober’s background includes a blend of architecture and construction, but he found the work of building furniture the ultimate pursuit of his personal passions. In 2008, he chose York as the place to build his own furniture company, Matthew Shober Artisan Works, citing the wealth of available resources, access to large markets and attractive real estate in the city behind his decision. 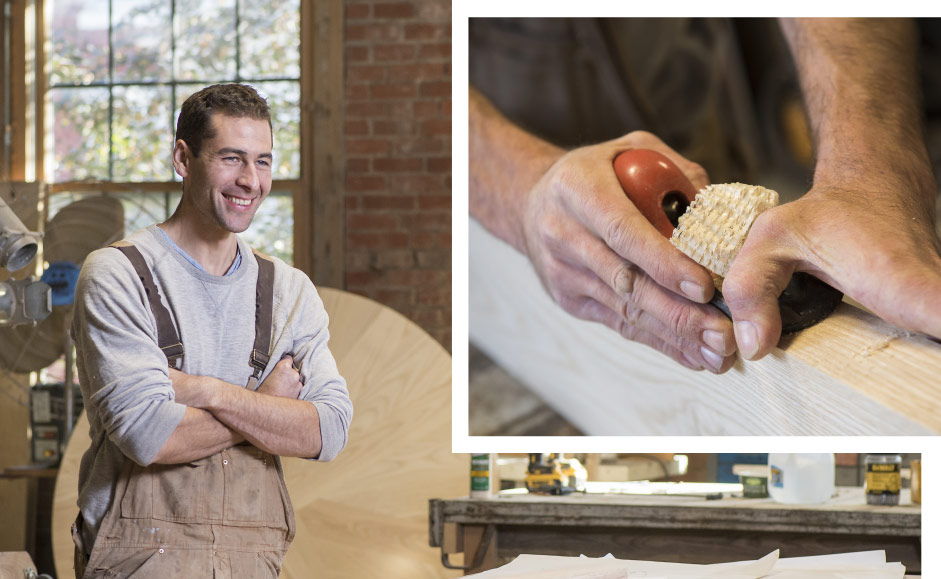 From his workshop inside the factory buildings that once housed the York Ice Machinery Corp., he fashions raw materials into furnishings such as dining room tables, chairs, cabinets, credenzas and cutting boards for businesses and individuals. Working with wood is a way Shober connects a part of himself with the pieces he produces. His work in York can be seen in the sidewalk bench outside the Holy Hound Taproom on Beaver Street to the wine cabinet at The Left Bank Restaurant & Bar. Beyond York, his pieces can be found in places that extend from North Carolina to Boston, everything from bars and restaurants to a U.S. Court of Appeals judge’s office in Washington, D.C.

“Every piece is commissioned; everything is customized to preference,” he says of his desire to continue this tradition of fine woodworkers across the centuries.

Collaborations are another signature element of Shober’s style. Along with independent York artisans such as Clint Stehman (Kensho Carpentry) and Patrick Sells (Salvaging Creativity), Shober contributes to and receives projects from York’s community of makers and creators.

“It’s a privilege to be considered good enough to matter here in York,” he says. Reflecting upon York’s history as a manufacturing powerhouse and the community of creatives that now calls the city home, he adds, “The art of making things is still alive. When people [from outside York] come here, they see that we are a maker’s town.”