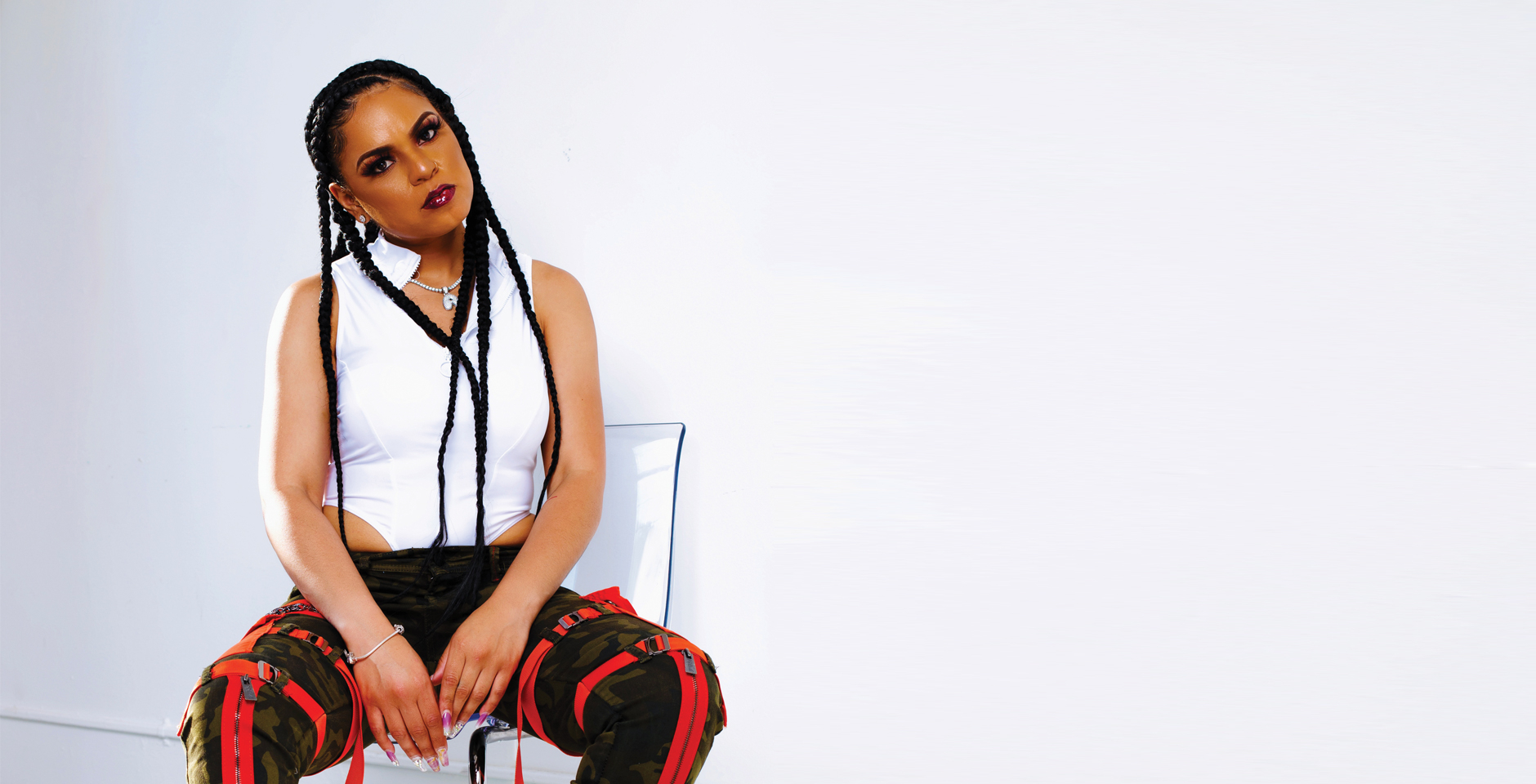 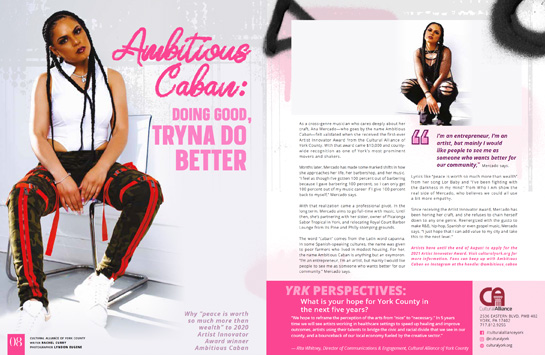 Why “peace is worth so much more than wealth” to 2020 Artist Innovator Award winner Ambitious Caban
As a cross-genre musician who cares deeply about her craft, Ana Mercado—who goes by the name Ambitious Caban—felt validated when she received the first-ever Artist Innovator Award from the Cultural Alliance of York County. With that award came $10,000 and countywide recognition as one of York’s most prominent movers and shakers.

With that realization came a professional pivot. In the long term, Mercado aims to go full-time with music. Until then, she’s partnering with her sister, owner of Picalonga Sabor Tropical in York, and relocating Royal Court Barber Lounge from its Pine and Philly stomping grounds.

The word “caban” comes from the Latin word capanna. In some Spanish-speaking cultures, the name was given to poor farmers who lived in modest housing. For her, the name Ambitious Caban is anything but an oxymoron. “I’m an entrepreneur, I’m an artist, but mainly I would like people to see me as someone who wants better for our community,” Mercado says.

Lyrics like “peace is worth so much more than wealth” from her song Lor Baby and “I’ve been fighting with the darkness in my mind” from Who I Am show the real side of Mercado, who believes we could all use a bit more empathy.

Since receiving the Artist Innovator Award, Mercado has been honing her craft, and she refuses to chain herself down to any one genre. Reenergized with the gusto to make R&B, hip-hop, Spanish or even gospel music, Mercado says, “I just hope that I can add value to my city and take this to the next level.”

Artists have until the end of August to apply for the 2021 Artist Innovator Award. Visit culturalyork.org for more information. Fans can keep up with Ambitious Caban on Instagram at the handle: @ambitious_caban

What is your hope for York County in the next five years? “We hope to reframe the perception of the arts from “nice” to “necessary.” In 5 years time we will see artists working in healthcare settings to speed up healing and improve outcomes, artists using their talents to bridge the civic and racial divide that we see in our county, and a bounceback of our local economy fueled by the creative sector.”
— Rita Whitney, Director of Communications & Engagement, Cultural Alliance of York County