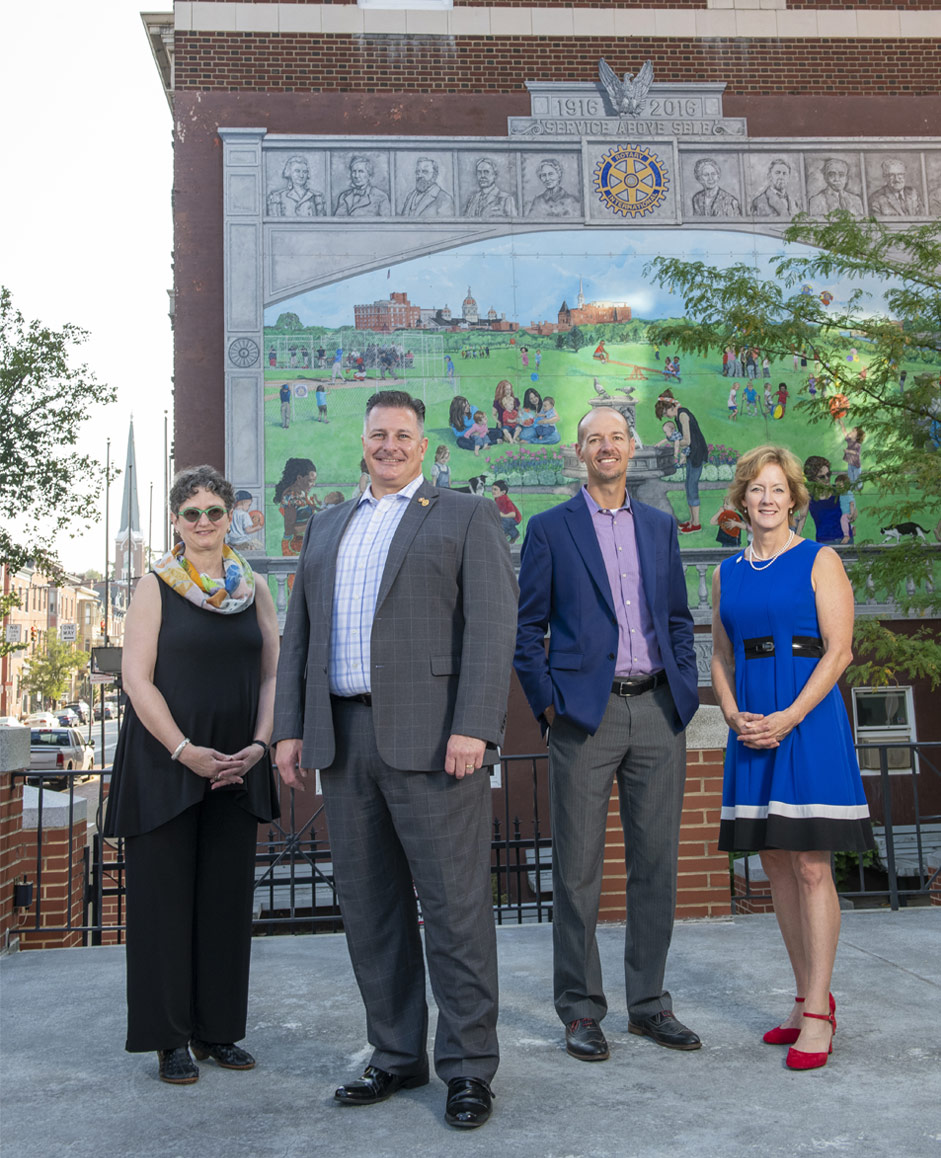 People of Action The Rotary Club of York

“‘Be the Inspiration’ … it’s not just the theme of Rotary International this year. It’s my personal mantra for leading the 25th largest Rotary Club in the world. Every member of the Rotary Club of York, all 330 of us, takes the opportunity to inspire others in York City and the greater York community. Through our careers as leaders in business, and through our volunteerism through the many committees of our club, we regularly role model ‘Service Above Self’: serving others, serving our community … it’s our calling.”
Bryan Tate, RCY President
President, Building Unrestricted, LLC

“Rotary represents the power of partnerships to improve our world. More than one-third of U.S. kindergarteners enter school without the skills they need to learn to read. Research shows that most of these students never catch up to their peers. Rotary Club of York mobilized with the United Way of York County, Family First Health and the national program Reach Out and Read to change this dynamic. Through physicians prescribing regular reading as a critical part of growth and development, we are preparing our youngest neighbors for school and lifelong learning. I am inspired by the ability of our club to have a positive impact.”

“I am inspired by Rotarians, in our club and throughout York County, who take the definition of ‘People of Action’ seriously. In partnership with the DA and Sheriff’s offices, we identified how we could act to make a difference and have a positive impact on York’s fight against the opioid and heroin epidemic. The K-9 bomb-sniffing officer Capt. Dargo [pictured here] inspired York County Rotarians, their friends and family to fund a new resource — he has fur, four paws and his name is Sgt. Kahn. Together, we are working to sniff out drugs and save lives.”

“As the saying goes, genius is 1 percent inspiration and 99 percent perspiration. The genius of our Rotary Club is its ability to take a great idea and turn it into reality through incredible volunteerism. For 15 years, the Rotary Club of York has partnered with York City Little League to create one of the preeminent youth baseball programs in York County — a fabulous testament to what can be accomplished when service comes before self.” 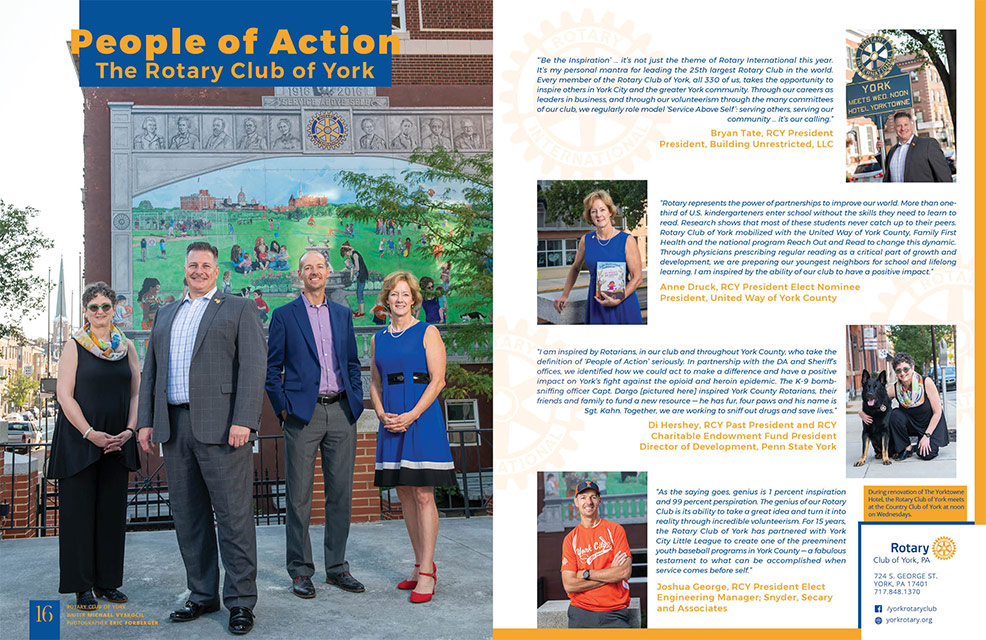