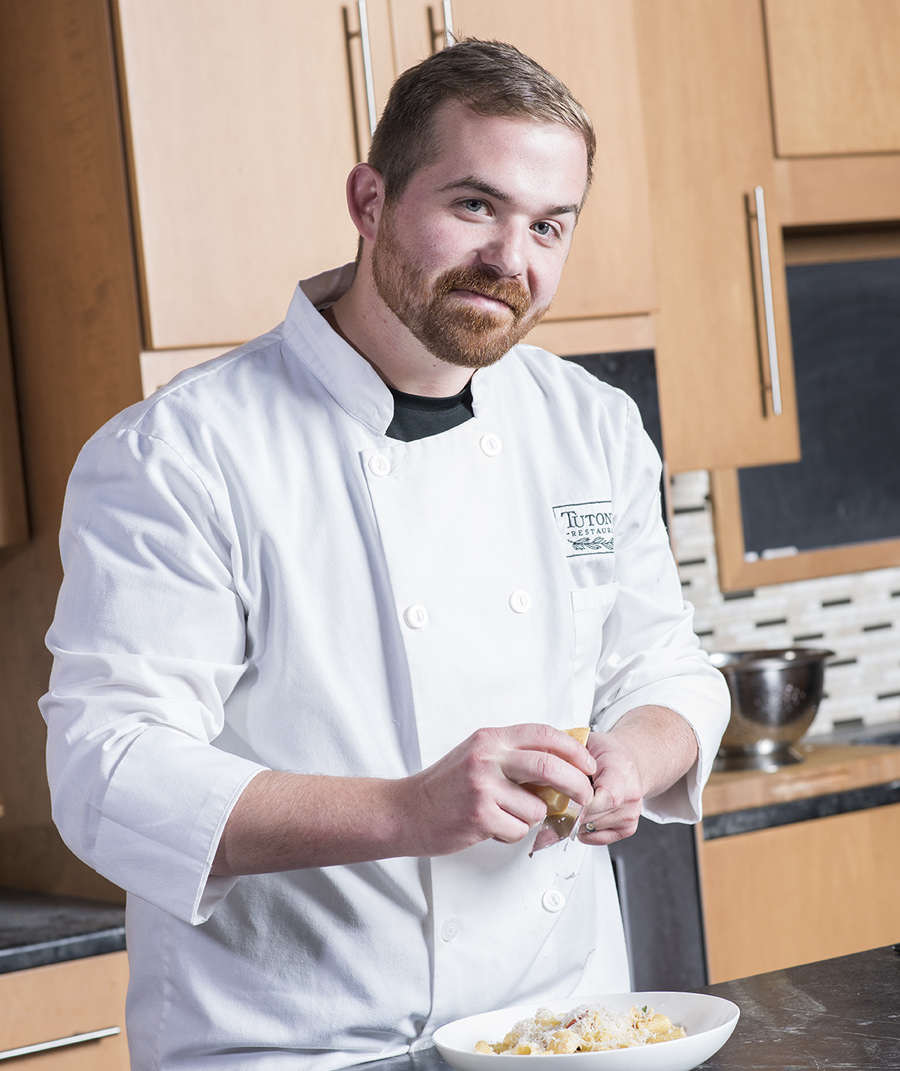 To experience the flavor of downtown York, you don’t need to look any farther than the city’s emerging restaurant scene.

We asked the chefs from our Autumn 2017 edition cover story to give us their thoughts on cooking for and serving in York’s culinary community. This week, we introduce you to Chef Taylor Davis of Tutoni’s.

Davis has worked at Loxley’s in Lancaster County and the former Maewyn’s Irish Pub in York. Over his career, he has brought south-central Pennsylvania’s agricultural contributions to the table. At Tutoni’s, which delivers a farm-to-table mindset with its menu offering, Davis works to combine the freshest ingredients into dishes that blend flavors, textures and colors on the plate along with the restaurant’s signature house-made pasta. 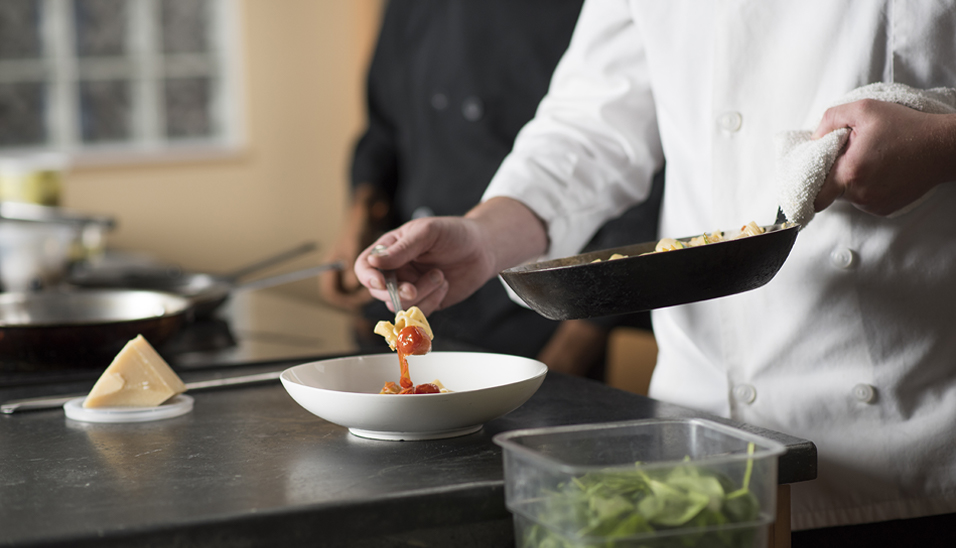 Q: How did you get interested in cooking?
A: Cooking has been a part of my life as long as I can remember. Both my mother and my grandmother were avid home cooks, so naturally it was something that I would help with and develop a love for.

Q: What do you like most about creating your own recipes?
A: Creating my own recipes allows me to showcase my creativity as well as technique and execution. I believe that cooking has a lot to do with how you handle the ingredients, but also how you can assert your personality into each and every dish you’re creating.

Q: What do you appreciate most about dining in York?
A: The people. The people of York County and the surrounding area have been very open and welcoming to the new restaurants that have been coming into the city, and I’m excited to see how, as a collective group, we can change the way York views this industry.

Q: What do you think makes York an attractive place for foodies?
A: York City has had such an influx in new restaurants, and it’s exciting to see how successful they’ve been. I believe that because York never had a true culinary scene, it makes having a platform here all the more attractive for restaurants that are trying to build foundations in York.

Q: What’s one dining concept or cuisine you’d like to see introduced to York?
A: California-style Mexican food! I grew up in Southern California, so naturally I was raised on tacos, fresh chips and salsa.

Like what you’re reading here? Explore all the stories in the Autumn 2017 edition of YRK Magazine.